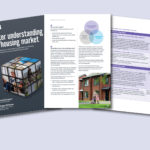 A new report has been released which analyses the UK housing crisis and makes 11 recommendations on how the sector can achieve the target of 300,000 new homes per year.

Entitled ‘Better Understanding of the Housing Market’, the 50-page report has been commissioned by Places for People, in collaboration with the University of Cambridge Centre for Housing and Planning Research. In it, the authors recommend that the sector ‘rejuvenates’ its understanding of the benefits of new, large-scale places and calls for a change in national policy to address the issue.

The report recommends a review into the use of government programmes and the way they strategically link together to create new, sustainable, large-scale places. It also calls for central government to prioritise delivery at scale, identifying at least 10 new growth areas across England with strong civic leadership, aligning support using grants and loans; and the new towns’ powers; as well as special purpose vehicles that already exist in legislation — something supported by a recent announcement by Homes England which sees £250m of funding allocated to Places for People. The Group has been appointed as strategic partner to Homes England to deliver thousands more affordable homes by 2026. 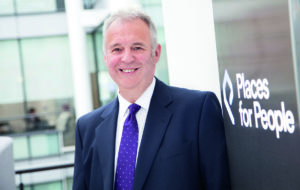 Places for People’s Group Chief Executive, David Cowans explained: “We have created this report to contribute our research and insights on the housing crisis debate in the UK.

“We recognise that it is a conversation that must take priority at all levels of the industry — from top level government to those who support families and individuals with their housing needs on a day to day basis. Despite progress in recent years, national and local politicians, and arguably many sector leaders and commentators, do not fully recognise the need to understand the housing market as a system, which meets demand for housing of different types, in different geographies, and at different price points.

“As an industry, we must stop trying to tackle different parts of the housing market in isolation. Instead we must work better together to ensure that this long-term challenge is met head on, with targeted delivery which will require commitment and investment across the board.”

The report also cites the issues arising from a significant increase in housing costs since the turn of the millennium, and the UK’s failure to build enough homes to keep up with demand for decades. It says that this, coupled with escalating house prices — with averages quadrupling in the 25 years to 2020 — has heavily impacted on those who did not buy a home before the turn of the millennium.

Other recommendations include changes to the planning system, supporting and promoting new methods of construction — including the establishment of an interlocutor to enable the wider use of MMC — and making better use of land value.

In implementing the findings, Places for People believes that the challenges presented by the current market can be addressed, as David continued: “We absolutely can tackle the crisis if we get to grips with these root issues. I’ve long advocated collaboration and I believe that in joining forces we’ll accelerate our understanding of the challenges.”

Its findings come just months after another significant report released by Places for People and the University of Cambridge Centre for Housing and Planning Research this year; in April, they released research into the future of retirement housing in the UK, making recommendations for viable homes for an ageing population.

Gemma Burgess, Director of the Cambridge Centre for Housing and Planning Research at The University of Cambridge, concluded: “It is imperative that we continue to thoroughly explore the market factors affecting millions of people across the country who are prevented from owning a suitable, affordable home. Reports like those we have released this year help provoke conversations, and encourage industry and government leaders alike to engage in productive dialogue.

“We hope that these findings will form the basis of real action, helping developers deliver more, much-needed homes across the country.”

The Better Understanding of the Housing Market report is available to download here.