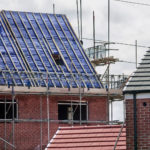 An updated algorithm designed by government to set how many new homes need to be built in local areas will lead to London and the south seeing a housing boom while swathes of the north will see fewer homes built, councils warn.

Under proposed changes to the housing numbers requirements, the Government will revise the current method for setting targets for councils on the number of homes to be built in their local areas.

The Local Government Association, which represents councils in England and Wales, said the new formula has introduced a stark variation in where new homes are required to be built without regard to the wider levelling-up agenda.

Analysis of the new government formula shows that, compared to the current formula, the highest percentage increase in new homes growth will be expected in the Midlands and the South, with lower growth rates in northern regions.

The new methodology will also disproportionately impact on rural rather than urban areas. Some of the most rural places in England will see a requirement for a 59% increase in homes compared with those required to be built under the current algorithm, compared to a 20% increase in major urban areas.

The analysis also shows that, compared with the number of homes built in recent years:

Locally-led planning
Councils are committed to delivering the new homes with the right infrastructure that our communities desperately need and want to work with the Government to ensure a locally-led planning system provides certainty for communities, encourages brownfield development, delivers better infrastructure and increases local involvement.

However, with nine in 10 planning applications approved by councils, and more than a million homes given planning permission in the last decade not yet built, it is the housing delivery system that is fundamentally broken, not the planning system.

A locally-led planning system needs to be able to ensure developments are of a high standard, are built in the right places, include affordable homes and are supported by infrastructure that provides enough schools, promotes greener and more active travel, and tackles climate change.

To ensure people have the right access to a mix of housing, the LGA is also calling on the Government to use the forthcoming Spending Review to allow councils to retain 100% of Right to Buy receipts and be given the flexibility to set discounts locally in order to invest in new and existing stock.

New good quality affordable housing vital
Cllr David Renard, LGA Housing Spokesperson, said: “Councils have raised concerns over the Government’s new housing numbers and it is positive that ministers have indicated that they are willing to listen and work with local government to get this right.

“Under these plans, some parts of the country will have to ramp up housebuilding with existing targets doubled. Others, mainly cities in the north, will be told they need to build less, which risks reducing the number of homes they had earmarked for development and bulldozing their current housebuilding plans.

“This seriously jeopardises any ambition to level-up the country. Building new good quality and affordable housing is vital to regenerating our towns and cities, improving our health and wellbeing, creating jobs and enabling local economies to thrive and bounce back following the coronavirus pandemic.

“Algorithms and formulas can never be a substitute for local knowledge and decision-making by councils and communities who know their areas best. When decisions about housing need and developments are made locally, wider issues can be considered, such as ensuring they come with necessary infrastructure and affordable homes.

“If we are to truly fix our chronic housing shortage, the Spending Review needs to ensure councils have the tools, powers and flexibilities to plan for and deliver the quality homes and places our communities need.”

Shaping the future of local areas
Responding to analysis by the Local Government Association on the variation in new homes being built around the country as a result of the Government’s proposed new housing targets for councils, Cllr Tom Beattie, Vice Chair of the District Councils’ Network, said: “The Government’s planning reforms are proposing a national housebuilding fiasco based on a muddy formula cooked up in Whitehall which rides roughshod over local housing need.

“Local communities must have the powers to shape the future of their local areas, where housing need is determined and supported by proper evidence, not arbitrary spreadsheets.

“This is why planning, as with other important district council services, must be responsive to local communities. It is critical their voice isn’t marginalised through reforms to planning or in moves to reduce local influence through creating huge new mega councils.

“Housebuilding is central to creating jobs and growth in local economies, as well as the nation recovering from the coronavirus pandemic. There is a real risk that in ramping up targets in some areas and bulldozing ambitious plans in others, that the Government risks levelling down some parts of the county.

“District councils are absolutely committed to building the housing the country desperately needs, and meeting the national target of 300,000 homes a year.

“But it is essential that we get this right. This is why councils need powers to act where building has stalled, and greater support to get on and build homes that are affordable, green, high quality and supported by the right infrastructure.”