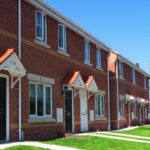 In a report published on Wednesday 10th December the Public Accounts Committee condemns as “deplorable” the “cycle of policy invention, abandonment and reinvention, stringing expectant young people along for years”, “wasting time and resources” on housing policies that “come to nothing as ministers come and go with alarming frequency”.

The Ministry of Housing, Communities & Local Government (MHCLG) has failed to deliver the 200,000 discounted Starter Homes it promised first-time buyers in 2015. Despite setting out the legislative framework for Starter Homes in 2016, the Department has never put in place the necessary laws to make the affordable homes initiative a reality.

The PAC has reported regularly on housing delivery since 2015, and not one of the promised housing programmes has delivered its objectives. By 2017, Starter Homes as a distinct policy had been abandoned, although it was not until 2020 that the Department formally announced the end of the policy.  Some 85,000 people had registered their interest in Starter Homes since 2015, only to hear in 2020 that they had been waiting in vain.

MHCLG is now introducing a new policy with similar aims — First Homes — but is unable to say when they will be available for first-time buyers to purchase. Its reliance on developer contributions to fund First Homes is part of an opaque, complex mechanism, which risks less money being available to local authorities for housing and infrastructure.

After this string of abandoned policies and wasted resources, MHCLG remains unable or unwilling to clarify how it will achieve its ambition of 300,000 new homes per year by the mid-2020s. There is an alarming “blurring” of the definition of affordable housing: it is essential that the Department is clear what ‘affordable’ means to different sectors of society and in different areas of the country. The long-term success of MHCLG’s housing policies depends on it working effectively with players across the housing sector, without losing sight of the needs of those who are unlikely to be able to buy or rent a home in the UK property market without support.

Meg Hillier MP, Chair of the Public Accounts Committee, said: “The Department for ‘Housing’ is at risk of losing the right to the title. It has serially, constantly failed to deliver affordable new homes or even make a serious attempt to execute its own housing policies or achieve targets before they are ditched, unannounced — costs sunk and outcomes unknown.

“MHCLG needs to ditch instead the false promises and set out clear, staged, funded plans, backed by the necessary laws and with a realistic prospect of delivering.

“It also needs to ditch what is becoming a hallmark lack of transparency, if it is to have any hope of rebuilding confidence among future tenants and owners that the decent, safe, affordable homes they want and need will ever be built.”

Recommendation: As part of the First Homes pilot, the Department should model the effect of funding First Homes from developer contributions on local authorities’ ability to fund local infrastructure and other housing needs, such as social housing, and what the opportunity cost is of using developer contributions in this way. It should also set out clearly how the secondary resale market will work.

Recommendation: We are frustrated that once again we must repeat our recommendation that the Department should clarify how its range of housing schemes, including First Homes, will each contribute to its ambition of building 300,000 new homes per year by the mid-2020s. It should write to us within three months, including an assessment of how many homes of each tenure it expects will be delivered and what types of homes count towards its 300,000 ambition.

Recommendation: The Department should write to us within one month setting out a clear definition of ‘affordable housing’, whether this definition means they are for sale, shared ownership or rent, and whether, and how, the definition may vary for different circumstances and geographies. As agreed, Homes England should write to us every six months to update us on the numbers of affordable homes created, and of what type and tenure.

Recommendation: The Department should write to us within three months to explain how it is addressing the problems of homelessness, rough sleeping, and families in temporary accommodation. It should increase its efforts to work more closely with local authorities and developers, make greater use of innovative methods such as modular forms of housing, and embed space and light standards in legislation to ensure housing is of decent quality.

LGA response
Responding to a report by the Public Accounts Committee on Ministry of Housing, Communities & Local Government housing policy, Cllr David Renard, the Local Government Association’s Housing Spokesperson, said: “To tackle the housing crisis and build the homes the country needs, the Government must hand councils the powers to build new homes at a scale not seen since the 1970s when local authorities built 40% of new homes.

“There is a desperate need to reverse the decline in council housing over the past few decades. Councils fully support the aspiration of people wanting to buy their own home and helping those that want to buy to be able to. However not everybody is ready to buy, and councils need to be able to ensure a mix of homes and tenures are available in their local area, including homes for sale, social homes and other affordable homes.

“Handing councils the powers and resources to build 100,000 social homes for rent each year would help to reduce homelessness, enable more people to save up for a deposit, and deliver a £14.5bn boost to the economy. This should also include reforming Right to Buy, so councils can keep receipts of holds sold under RTB in full, as well as being able to set discounts locally.”

“The pandemic has underscored again the critical importance of appropriate and affordable housing in supporting the economy and in promoting health and wellbeing across everyone in our communities.

“While we support helping people to fulfil their dream of home ownership, this cannot be to the detriment of other homes that meets the needs of people who may not be in a position or want to buy their own home.

“Councils need powers to act where building has stalled, and greater support to get on and build a new generation of council homes that are genuinely affordable, green, high quality and supported by the right infrastructure.

“As part of the Government’s First Homes scheme, councils also need to be given the local flexibility and powers to set the number of First Homes in their areas, so they can better meet the housing needs of local communities. The Committee is also right to question the schemes’ reliance on developer contributions, and the risk of less funding being available to councils for housing and infrastructure.”