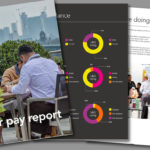 L&Q’s latest Fair Pay Report has revealed that the median gender pay gap has narrowed to 1.34%.

The new figures reveal that the median pay gap between male and female employees has fallen substantially over the last few years.

In 2017, median figures showed that male employees earned 9.5% more, falling to 7.6% in 2018. For comparison, the latest UK-wide figures from the Office for National Statistics show that the national average median gender pay gap is 17.3%.

The report also shows that the median wage for disabled L&Q employees was 4.6% higher than for other staff, rising to 5.2% for L&Q Living.

L&Q’s Head of Diversity and Inclusion, Jan Gale, welcomed the improved figures and said the addition of ethnicity and disability figures to the report was an important step towards improving pay parity.

Jan said: “It’s a fantastic achievement to get our gender pay gap to less than two per cent, with our ethnicity pay gap not far behind. It shows that the steps we are taking to promote equality throughout the organisation are bearing fruit. We are also proud to lead the way in transparency by including our ethnicity and disability pay reporting in our Fair Pay report this year.”