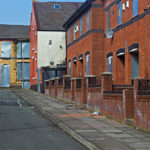 Long-term empty homes in England up 5% in the last year, according to latest MHCLG figures.

The number of empty homes across England has risen for the second year running — representing £53.6bn worth of vacant stock, analysis by modular homes provider Project Etopia shows.

Of all towns and cities in England, Portsmouth saw the biggest percentage rise in long-term empty homes last year, with 101.5% more properties standing empty, totalling 939. Hartlepool saw the second biggest rise (53.8% to 726), while Eastbourne posted the third largest increase (48.4% to 518). Birmingham had the highest overall number in the country with 4,283 long-term vacant homes, barely changed on the previous year and rising just 0.07%, followed by Durham with 4,130 and Bradford with 4,090.

Across England, long-term vacant homes — those that have been empty for at least six months — are worth a collective £53.6bn2.

Biggest Risers: These are the Top 10 towns/cities in England with the largest increases of long-term vacant homes:

NB. London has not been included in this table. See below for a London borough breakdown.

The following table shows the 10 towns/cities in England with the highest numbers of long-term vacant homes (excluding London):

Joseph Daniels, CEO of Project Etopia, said: “This remains a national scandal that isn’t going away, pointing to a collective failure to really get to grips with this problem. The stubbornly high number of empty homes is compounding the housing market’s deeply entrenched problems with lack of supply remaining a key driver of high prices and low affordability.

“New homes are not being built fast enough and the constant spectre of abandoned properties aggravates an already tough market, particularly for first-time buyers who desperately want to claim the keys to their first property.”