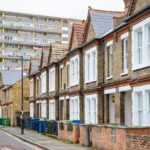 Skyrocketing inflation is driving £400m of additional budget pressures on boroughs in the capital, London Councils has warned.

Although the Government increased local authority funding this year, fast-rising inflation has effectively cut £100m from the financial uplift boroughs received for 2022-23.

London Councils, the cross-party group representing all 32 boroughs and the City of London Corporation, is concerned that vital local services and economic recovery will be jeopardised without immediate extra investment and certainty over future funding.

With so many Londoners struggling through the cost-of-living crisis, London Councils fears the impact of boroughs’ worsening finance pressures on services for the capital’s most vulnerable residents, as well the repercussions for local economic growth and regeneration plans.

Since the 2022-23 local government finance settlement in February ­ which delivered a £330m real terms increase in London boroughs’ core spending power rising energy prices, global supply chain shortages, and the economic impact of the war in Ukraine have seen inflation hit a 40-year high. The change in GDP inflation (from 2.7% to 4.1% in March) means the funding increase is now worth £100m less in real terms than when it was agreed.

However, costs have also risen sharply. The increase in contracts and wider running costs is more closely linked to CPI inflation (currently at 9% and rising). With unions recently setting out a 10% pay claim, the cost to pay bills is likely to far exceed the 2% on average boroughs budgeted for this year.

London Councils says boroughs are doing their best to mitigate pressures by reassessing contracts, looking at alternative markets for materials, sharing risk with contractors, considering collaborative procurements, and reviewing fees and charges policies. However, these actions alone won’t be enough to address the unanticipated costs boroughs are currently enduring. Without extra funding support from the Government, many boroughs will either have to use one-off reserves to plug gaps or take tough choices to cut services when vulnerable residents need them most.

Cllr Georgia Gould, Chair of London Councils, said: “Rising inflation and the cost-of-living crisis are having a crippling effect on families who are having to make increasingly difficult decisions about whether to eat or heat their homes.

“Boroughs welcome the government providing some much-needed extra support to households, and we are seeking a similar intervention to help councils deal with their massive finance pressures.

“Eye-watering inflation means our funding has effectively been cut by £100m already this year ­ and overall we face £400m of additional budget pressures.

“Just as we did during the pandemic, councils are stepping up to support their communities and provide a vital safety net. We want to continue to offer this support but without an increase in grant funding in line with inflation and, above all, funding certainty for the next two years, councils will be forced to make reductions to services, impacting those residents who need them most.”