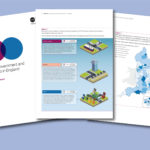 New report from the National Audit Office (NAO) finds that central government has not provided local authorities with clarity about their roles in achieving net zero by 2050, and its approach to funding their net zero work is piecemeal.

In June 2019, the Government passed legislation committing to achieve net zero by 2050. Local authorities provide a range of services that have an impact on government’s commitment to achieve ‘net zero’ greenhouse gas emissions by 2050, such as transport planning, social housing and recycling and waste services.1 Central government can direct local authorities to act on its priorities through statutory requirements, or incentivise them to act voluntarily.2

Central government has not yet set out to local authorities how it will work with them to clarify net zero responsibilities. It has committed to outline responsibilities at national, regional and local level in its overall net zero strategy — publishing before the UN climate conference in November 2021. Departments have carried out some engagement with local authorities to factor in their perspectives on this overall strategy, and the supporting sector decarbonisation strategies. The Ministry of Housing Communities and Local Government (MHCLG) for example, is running a series of workshops on the resources and powers local authorities will need for net zero. However, the NAO is not convinced that overall engagement has been sufficiently strategic or co-ordinated to ensure that the role of local authorities in meeting the national net zero target is clearly defined.

Local authorities told the NAO that they find it hard to engage with central government on net zero, and that there is a lack of coordination between departments on their specific net zero requirements. In March 2020, in an informal stocktake, MHCLG found approximately 45 policy areas across government that are likely to impact local action on climate change, and recognised that this posed a significant risk of inconsistent goals and messages. In April 2020 MHCLG set up a new cross-department local government policy group to discuss local government action on climate change mitigation and adaptation.

Neither MHCLG nor HM Treasury has assessed the totality of the funding available to local authorities for net zero, or whether the balance of different types of funds is likely be effective. Local authorities can use core funding from MHCLG, they can bid for grant funding, or they can access wider funding targeted at more general outcomes such as social or economic growth. From late summer 2021, the UK Infrastructure Bank will also be able to lend up to £4bn to local authorities to help them achieve the net zero target and support economic growth.

Local authorities have varying levels of capacity to engage with net zero. In a 2020 survey from the Local Government Association, 79 out of 90 respondents thought a lack of workforce capacity was a moderate or significant barrier to tackling climate change.6  In 2013 and 2017, the Department for Business, Energy and Industrial Strategy set up dedicated organisations to support local authorities on energy decarbonisation, the Department for Transport is now setting up a similar body on active travel. In November 2020, a ministerial-led Green Jobs Taskforce was set up to develop a green jobs and skills action plan to support the development of government’s strategies for net zero, and a green recovery from the COVID-19 pandemic.

The NAO recommends that central government carries out an analysis of the net zero funding available to local authorities to inform the next Comprehensive Spending Review, considering the cost pressures they face.

Gareth Davies, the Head of the NAO said: “There are serious weaknesses in government’s approach to working with local authorities on net zero, stemming from a lack of clarity over roles and responsibilities and piecemeal funding. This hampers local authorities’ ability to plan effectively for the long term, build skills and capacity, and prioritise effort.

“Government’s efforts to improve its approach to local action on net zero have been understandably slowed by the COVID-19 pandemic. However, there is now great urgency to make progress.”

The National Audit Office Local government and net zero in England report can be downloaded here.

0 0 0 0
Previous : Greener council homes on the way in Nottingham
Next : Building work starts on new affordable homes in Sussex village