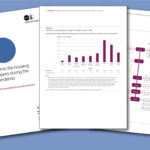 The National Audit Office (NAO) reports that through its ‘Everyone In’ campaign, the Ministry of Communities, Housing and Local Government swiftly provided emergency housing for rough sleepers during the first wave of the COVID-19 pandemic. However, the response raised issues that need to be addressed if government is to achieve its goal of ending rough sleeping by the end of this Parliament.

Rough sleepers typically experience poorer health than the rest of the population and are especially vulnerable to respiratory illnesses. Those at risk of rough sleeping may also occasionally sleep in communal shelters, where they cannot self-isolate if they have symptoms of COVID-19.

On 26th March 2020, the Department launched its ‘Everyone In’ campaign, asking local authorities to immediately house rough sleepers and those at risk of rough sleeping to protect their health and stop wider transmission of COVID-19. Local authorities expect to spend around £170m this financial year rehousing rough sleepers in response to the COVID-19 pandemic, paid for by a combination of emergency government grants, existing homelessness funding streams, and their own resources.

The Department swiftly reorganised to launch Everyone In, despite not having a contingency plan for protecting the rough sleeping population in the event of a pandemic. It adopted a hands-on approach to work intensively with local authorities, homelessness charities and hotel chains. By mid-April 2020, 5,400 people had been made an offer of emergency accommodation and by the end of November, over 33,000 people had been helped through Everyone In. A total of 23,273 people had been supported to move into the private rental sector or another form of settled accommodation, and 9,866 people remained in hotels and other emergency accommodation.

COVID-19 claimed relatively few lives among the rough sleeping population in England in the first wave. Up to June 2020(1), 16 deaths among homeless people had been linked to COVID-19. Evidence suggests that Everyone In may have avoided more than 20,000 infections and 266 deaths overall.(2)

The number of people accommodated under Everyone In over several months far exceeded the number of people recorded as rough sleeping in the government’s annual national ‘snapshot’ of the rough sleeping population. In the autumn of 2019, this snapshot estimated that there were 4,266 people sleeping rough on any given night, compared to the over 33,000 people who were helped by Everyone In.

In May 2020, the Department announced that it was moving to the next phase of the Government’s support for rough sleepers during the pandemic. When Everyone In was first launched, the Department encouraged local authorities to take all those sleeping rough into emergency accommodation, irrespective of their nationality or entitlement to benefits. On 28th May, it reminded local authorities that legal restrictions on offering support to people ineligible for benefits remained in force, and that exceptions should only be made in the case of risk to life. Some local authorities stopped taking those who were ineligible for benefits into emergency accommodation and sought to move on those already in such accommodation.

There was a continued flow of rough sleepers onto the streets over the summer and autumn of 2020. For winter 2020-21, the Government has launched the Protect Programme, which will run alongside Everyone In and will provide additional funding of £15m to local authorities with high numbers of rough sleepers. In addition, the Department has announced £12m of funding to provide self-contained emergency accommodation, and to help make night shelters safer to use.

In January 2021, the Department announced that it was making an extra £10m available to support local authorities to provide accommodation to people still sleeping rough. It remains to be seen if the approach taken in winter 2020-21 will reduce the risk of the transmission of COVID-19 among rough sleepers as decisively as in spring 2020.

The Government has an election manifesto commitment to end rough sleeping by May 2024. In February 2020, the Department was preparing to carry out a review of its Rough Sleeping Strategy in light of the new target, but due to the prioritisation given to Everyone In, this did not take place. There is an ongoing need for a review of the strategy as it is out of step with the government’s target to end rough sleeping by 2024, and there are important lessons from Everyone In to consider.

Gareth Davies, the Head of the NAO said: “In partnership with local government, and the voluntary and private sectors, the Government acted swiftly to house rough sleepers and keep transmission rates low during the first wave. Despite this considerable achievement, the response raised key issues for government to address.

“For the first time, the scale of the rough sleeping population in England has been made clear, and it far exceeds the Government’s previous estimates. Understanding the size of this population, and who needs specialist support, is essential to achieve its ambition to end rough sleeping.”

LGA responds to NAO report
Responding to a report by the National Audit Office, Cllr David Renard, Local Government Association Housing Spokesperson, said: “The success of the Everyone In initiative in getting people sleeping rough off the streets and saving lives shows we can end the vast majority of rough sleeping. As this report suggests, it is vital that we build on the lessons learnt, and strive to make this the new normal, rather than a one-off emergency response.

“Government funding for councils to tackle existing rough sleeping has helped. However, following the new lockdown, councils are likely to need further resources to protect rough sleepers. We also urge the Government to lift the No Recourse to Public Funds condition so that councils can ensure that everyone who is vulnerable can access help if needed, regardless of immigration status.

“If councils are to prevent homelessness from happening in the first place, short-term reactive pots of funding need to be replaced by long-term funding issued through multi-year settlements to give councils the certainty they need to plan local services.”

1. Statistics from the Office for National Statistics on COVID-19 related deaths among the homeless population are only available until June 2020.
2. Lewer et al., ‘COVID-19 among people experiencing homelessness in England: a modelling study’, The Lancet Respiratory Medicine, 23 September 2020.