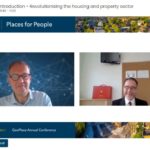 Speaking at last month’s GeoPlace annual conference, the Rt Hon Christopher Pincher MP, the Minister for Housing, acknowledged that the widespread adoption of Unique Property Reference Numbers (UPRNs) across both the private and social sectors is fundamental to supporting the post-pandemic landscape and building back better, particularly within the housing sector.

The Minister emphasised that many barriers to progress in the housing sector could be removed through the ubiquitous adoption of UPRNs, as they bring simplicity and agility to all processes. UPRNs make it easier to share data, make informed decisions, and put everyone ‘on the same digital page’. 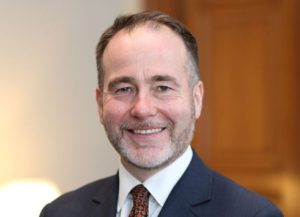 The Minister for Housing stated that having UPRNs ‘baked into the system’ will reduce the challenges, continuing: “When we think about the housing market, we know that the current buying and selling process is besieged by long and arduous and byzantine processes and inefficiencies. The system even today is far too complicated, is far too long and it needs to be made easier. UPRNs can help change it for the better because of the wealth of data that goes alongside them. With UPRNs, the processes can be streamlined. Information like the number of previous owners, plot size, the boundaries that can all be shared digitally all with the touch of a key helping to speed the whole house buying process along.”

The Minister stressed that it wasn’t just house buyers and sellers who would benefit from more widespread use of UPRNs. Better access to information is needed by renters and will go a long way to making the market safer for tenants and fairer for decent landlords and agents. Councils can use the data for better enforcement activity and actions to protect residents in the private rented sector. Their application can enhance buildings safety with residents, councils and emergency services using the same UPRNs to get hold of vital building information more easily such as fire exits, sprinkler systems, floor plans — information that is crucial for ensuring a safe environment.

The Minister also believed that UPRNs can play an integral part of the transformation of the planning system. The ‘Planning for the future’ white paper which was launched in August 2020 represents the biggest overhaul of the planning system since 1947. The government wants to move away from antiquated processes toward a much more accessible map-based system putting planning at the fingertips of local people, giving them much greater input into shaping the place and the places that they call home.

Last year, the Geospatial Commission opened up access to UPRNs, available via the OS Data Hub, under open government licence. The Minister recognised the significant work that has been done by local authorities in using UPRNs to maintain really high-quality geospatial data and emphasised that it is important that we continue to have high quality data that can be used more widely especially in planning reforms.

In providing open access to UPRNs and Unique Street Reference Numbers (USRNs), many of the data-sharing barriers that developers and planning authorities face in getting planning applications over the line can be eased, so that everyone is on the same digital page and planning authorities do not have to keep going back to the same application over and over and over again for more information.

The Minister said: “It will inject simplicity and agility into the planning system. It will speed up housing delivery and help us fulfil our pledge to build a million homes within the term of this Parliament and 300,000 new homes a year by the middle of this decade. It really is digitalisation, it really is at the heart of planning reforms so for all of these reasons the government remains a strong champion of UPRNs.”

The Minister was also supportive of the need for central agencies to be less siloed in their use of location data, noting that if the take-up of UPRNs can be broadened through planning reform, that in itself will drive take-up by other government departments and agencies, aiding growth and progress in the sector. The Minister also stated that central government wants to expand engagement with the housing sector and accelerate the processes involved to embed the UPRN in more datasets.

The Minister noted that “Every time a UPRN is used, its value increases,” and emphasised that the government is committed to providing local authorities with the resources and tools needed, so that UPRNs and USRNs can carry on stimulating innovation.

You can watch a video of the Rt Hon Christopher Pincher MP, the Minister for Housing speaking at the event here: https://vimeo.com/565641229

0 0 0 0
Previous : Wates adopts company-wide flexible working
Next : Morgan Sindall Construction in a class of its own after early completion of Cefn Saeson School