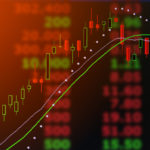 One of England’s largest housing associations has preserved its leading A+ credit rating after being praised for its ‘very strong liquidity’ and ‘exceptional asset quality’ as it continues to pursue its development and growth ambitions.

Bromford, which owns or manages 43,000 homes across the Midlands and South West, received the continued endorsement from S&P Global after the rating agency acknowledged the landlord’s strong financial performance and projected future outturn under its renewed five-year strategy with a greater focus on core business and its four key geographies. The announcement comes a month after S&P confirmed it was revising Bromford’s rating outlook to stable from negative, reflecting its overall revision of the UK sovereign credit rating and the housing association’s focus on a greater delivery of social and affordable housing.

S&P also pointed to Bromford’s de-risked new homes plan, which aims to deliver over 13,000 new homes by 2028 and is strengthened through its strategic partnership with Homes England.

The landlord has strengthened its liquidity profile after securing over £1bn of new funding and refinancing through the banking and capital markets in under two years. In August 2019, Bromford leveraged historically low gilt rates to secure a £50m private placement with a sole UK investor, with funding deferred by 12 months to fund future build activity in 2020. This followed its sector-leading £300m debut public bond in April 2018 and a £100m North American private placement drawn in May 2019, which brought new investors to the UK social housing sector.

As part of its merger restructure in 2018, Bromford also restructured £200m of legacy debt to create new revolving credit facilities and increased this capacity by a further £100m with its senior funder, Lloyds. In 2019, the landlord focused on optimising its loanbook and leveraged the low interest rate economy to extend its fixed interest rates on over £100m of legacy debt. Last month, Bromford refinanced a legacy £90m with a non-active funder through a sub-par redemption and the concurrent execution of two new bonds with existing investors.

The agency commented positively on the landlord’s de-risked new homes programme, stating: “Bromford has slightly re-profiled its development plan after receiving £66m in grants from Homes England in FY2019… We also expect the group to boost its development for social and affordable lettings tenures to 58% from 52%.”

The agency also referenced the housing association’s internal golden rules as a safe parameter through which it may pursue its sales activity stating: “Bromford has a golden rule stipulating that it will derive no more than 30% of its total revenues from sales-related activities. The stable outlook reflects our view that Bromford will manage its exposure to outright and first-tranche shared ownership sales, such that they do not surpass more than one third of total revenues.” 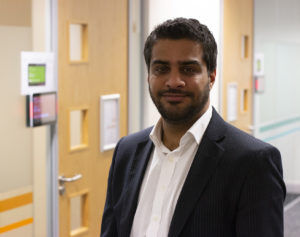 Imran Mubeen (pictured), Bromford’s Head of Treasury, said: “We are really pleased to yet again preserve our A+ rating which is testament to our focus on maintaining our strong credit profile against a backdrop of increased levels of debt and a significant acceleration in our housebuilding programme to enable us to do even more in the communities we serve.

“This ambitious strategy is underpinned by a robust financial framework, enabling us to expand our operations in a measured way through tri-annual iterations of our business plan which follow strict financial golden rules and are overlaid by shadow credit rating analysis.

“We are delighted to have realised the value of this approach with funders and investors as we have pro-actively raised more than £1bn in new and refinanced funding since April 2018. We will continue to identify further opportunities to refinance legacy debt and raise new funding to deliver even more homes.”

0 0 0 0
Previous : 122 new homes to be built in Chorley
Next : Ex-offenders given second chance through new construction employment programme