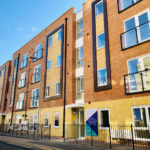 A special opening event was attended by Cllr Naseem Ayub, Mayor of Luton, who formally opened the new homes, as well as new residents, Hightown’s Chair and Chief Executive.

The homes are situated on the site of the former car show room Stratsone for Jaguar on Holly Street. Lintone Place comprises of 53 apartments for rent to people in housing need on Luton Borough Council’s waiting list and 16 apartments for shared ownership.

Lintone Place is located in central Luton, close to the train station and shopping mall. The development consists of three apartment blocks, surrounding a central courtyard with communal bin stores and cycle sheds. The courtyard also includes a stunning painted mural of birds to reflect the names of the blocks — Starling, Swift and Dove. Local artist Aimi Rix created the artwork to bring an element of nature to the urban community. 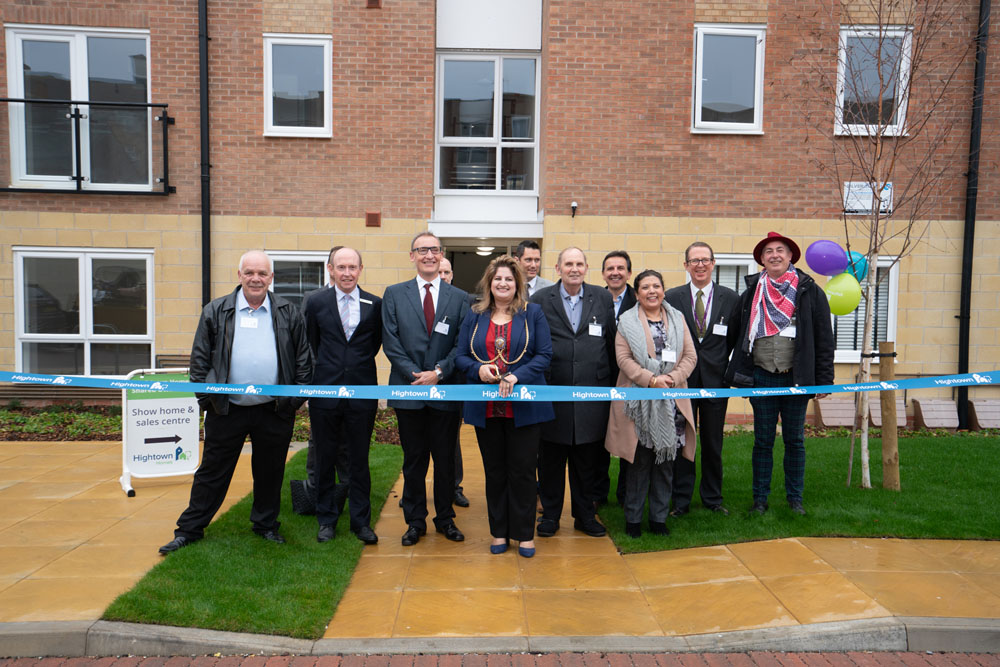 This development is one of several projects where Hightown has purchased the land directly and let a contract to build the homes rather than working in partnership with a house builder in a section 106 agreement.

This is Hightown’s first development in Luton. Construction is also underway to build 49 new Hightown homes at Hatters Place on the other side of Luton town centre in Charles Street, in the area aptly known as High Town.

Cllr Naseem Ayub, Mayor of Luton said: “Luton Borough Council is pleased to have been able to work in partnership with Hightown Housing Association, who have done an excellent job in creating safe and high quality homes for families within our community. I believe that residents will enjoy being here for many years to come and that Lintone Place will become another great example of a thriving and diverse community in Luton.”

David Bogle, Chief Executive for Hightown Housing commented: “We live in a time when housing costs are ever increasing, so we must not lose sight of the importance of providing affordable housing for local people. These new homes will help local people who have been priced out of the private rental market. Shelter recently reported that at least 320,000 people are recorded as being homeless in Great Britain. We are very proud to have built over 1,000 affordable homes over the past two years to help tackle the housing crisis and reduce homelessness.”