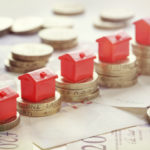 Government to fund and speed up vital cladding replacement

Around £200m will be made available to remove and replace unsafe cladding from around 170 privately owned high-rise buildings.

The Government has stepped in to speed up vital cladding replacement by fully funding the work, eliminating excuses used by some building owners and protecting leaseholders from the costs.

Around £200m will be made available to remove and replace unsafe aluminium composite material cladding from around 170 privately owned high-rise buildings. This step has been taken after private building owners failed to take action and tried to offload costs onto leaseholders.

Prime Minister, Theresa May said: “It is of paramount importance that everybody is able to feel and be safe in their homes. That’s why we asked building owners in the private sector to take action and make sure appropriate safety measures were in place. And we’ve seen a number of private building owners doing the right thing and taking responsibility, but unfortunately too many are continuing to pass on the costs of removal and replacement to leaseholders.

“Today I can confirm we will now be fully funding the replacement of cladding on high-rise private residential buildings so residents can feel confident they are secure in their homes.

Communities Secretary, Rt Hon James Brokenshire MP, said: “Although temporary measures are in place to ensure people living in these buildings are safe, too many owners are treating this as a permanent fix. Others are trying to pass on the costs to residents by threatening them with bills running to thousands of pounds.

“While some building owners have been swift to act, and I thank them for doing the right thing, I am now calling time on the delay tactics of others. If these reckless building owners won’t act, the government will.”

The Government appreciates the work of Grenfell United and the UK Cladding Action Group who have campaigned prominently, outlining the challenges in getting private building owners to fund the replacement of cladding on their homes.

“The Government has already fully funded this work in social housing developments. However, private developers and freeholders have been too slow to act and leaseholders have been threatened with significant, often unaffordable, costs resulting in delays.

The latest figures show that 166 private buildings are yet to start works on removing and replacing ACM cladding, compared to 23 in the social sector.

Building owners will have three months to access the new fund. We will look carefully at those who fail to remediate and consider what further action can be taken.

Responding to the announcement that the Government will fund the replacement of flammable cladding on private tower blocks, Lord Porter, Chairman of the Local Government Association, commented: “This announcement will come as an enormous relief to leaseholders who are in no way to blame for the dangerous cladding on their homes. They have suffered for far too long.

“Since the LGA first raised their plight in 2017, we have been working with MHCLG to ensure the Treasury provided the necessary funding, and it is great that we have been listened to.

“Reputable developers have done the right thing and paid for buildings to be fixed, but it would be wrong if the taxpayer had to pay the bills of those developers and contractors who are responsible for this crisis.

“It is right therefore that, while the Government has committed to cover the cost temporarily, it has also said it will do everything in its power to ensure those responsible for the installation of unsafe cladding and insulation on their buildings, or indeed their insurers, eventually pay the full cost for its removal and replacement.”