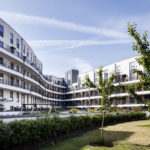 A group of housing associations responsible for almost 600,000 homes has pledged to form a ‘united front’ with London’s councils to build more affordable homes and launch a new assault on the housing crisis.

Announcing a series of pledges to the capital’s 32 local authorities, the G15 group has renewed its commitment to work with councils to deliver more homes at social rent levels, tackle homelessness, and weather the challenges presented by Brexit.

The group undertakes, among other commitments, to build homes for councils, enter new not-for-profit partnerships, share development expertise, and take action against homelessness, including increasing the number of homes available for the Housing First programme and signing up to the ‘Commitment to Refer’ which applies to public bodies.

The announcement comes in the wake of a series of policy and funding changes from government, which include reinstating government grant for social rented homes, allowing councils to borrow to invest in housebuilding, and committing a fresh £2bn to affordable homes for a period stretching beyond the next Spending Review.

In the capital, the Mayor of London has increased the funding available to councils and housing associations to build social rent level and London Living Rent homes, and has struck nine pioneering strategic partnerships with housing associations in a model now being rolled out nationally by Homes England.

The G15’s pledges have been developed with input from the umbrella group London Councils and City Hall. The housing associations’ new commitments to the capital will be announced at an event at Camden Council for London’s local authority housing leaders on 28 November.

Last year, G15 members built more than a quarter of all new homes completed in London.  With the support of their partners, they aim to deliver 180,000 new homes in London and the South East by 2025.

Paul Hackett, Chair of the G15 and Chief Executive of Optivo, said: “Too many Londoners are in the grip of a housing crisis that thwarts ambition, creates homelessness, forces overcrowding, and prices out many people who call London home.

“Everyone recognises that solving this crisis can’t be left to traditional builders alone. For the first time in many years, councils’ ambitions to build more homes can become a reality and we stand side-by-side with them in our desire to deliver genuinely affordable homes.

“Both councils and housing associations are long-term investors and partners to London’s communities, and we have a shared mission to help those in housing need.  We should form a united front to boost the number of quality, affordable homes we can build together.”

James Murray, London’s Deputy Mayor for Housing and Residential Development, added: “The Mayor is determined to use all the powers and resources he has to build new council, social rented, and other genuinely affordable homes. But he cannot do it alone.

“We know there’s huge appetite from councils to get building again, and this commitment from the G15 is an important part of working together to deliver the genuinely affordable homes that Londoners so desperately need. By working together we are making a difference to thousands of Londoners now — and making the argument to Government that with far more funding and powers we could go much further still.”

Councillor Darren Rodwell, Leader of the London Borough of Barking and Dagenham and London Councils’ Executive Member for Housing & Planning, commented: “Boroughs are determined make the most of our new borrowing abilities to squeeze out every ounce of benefit for people affected by the housing crisis, but we can deliver even more by working with partners.

“Every London borough is different and there’s no one-size-fits-all way for councils to get building. These commitments from the G15 are an opportunity to forge bespoke and imaginative new partnerships that could help us all build more affordable homes, more quickly.

“We all have a responsibility to tackle the housing crisis and I hope we’re seeing a new chapter in the way councils and housing associations work together.”

Additional pledges put forward by the G15 include collaboration on land acquisition, expanding the use of faster modern methods of construction, investing in existing homes to improve the condition of housing, and making the case to Government for a higher rate of grant funding per home.

The G15 also highlights the shared challenges raised by Brexit, including access to construction labour and uncertainty on the cost and continued supply of building materials.  It calls for joint working across the capital to address the risks that may lie ahead and maintain our housing delivery ambitions.

Members of the G15 look forward to meeting with individual boroughs to take forward their commitments and help meet the specific needs of residents.