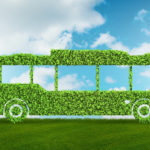 Friends Of The Earth highlight innovative scheme in Nottingham

Nottingham’s forward-thinking approach has been highlighted by Friends Of The Earth (FoE) as part of a new campaign to tackle climate change.

The national branch of the international campaign group is calling on people to ‘challenge their local authority to do more’. They want councils to be learning from each other and sharing best practice. As part of the campaign, launched on Monday, FoE has highlighted the work of four councils as exemplars for other authorities to follow — Nottingham, Manchester, Solihull and Cambridgeshire.

Nottingham has been put forward for its innovative Workplace Parking Levy, which was launched in 2012. More than £50m has been generated since then which has been invested in a major extension of the city’s tram network, the refurbishment of Nottingham train station and a fleet of electric buses.

FoE describes the scheme as an ‘unprecedented success’, which has helped to tackle congestion and led to some of the highest levels of public transport use in the UK. It adds that the scheme is ‘a great example of how a council can cut climate change emissions and air pollution’.

Councillor Sally Longford, Deputy Leader of Nottingham City Council and Portfolio Holder for Energy and Environment, said: “We’re really pleased that we’ve been recognised by Friends Of The Earth as part of their national campaign around climate change.

“We share their concerns and have already made a declaration that we want to be the first authority in the country to go carbon neutral by 2028. Nottingham has already met its 2020 target to reduce carbon dioxide emissions by 26% and is on track to meet its 2020 target of 20% of energy generation from low-carbon sources.

“I’m proud that we’ve led the way with our Workplace Parking Levy which, despite increasing interest from other areas, remains the only one in the UK.

“It was a brave decision to take seven years ago but the benefits are there for all to see now — refurbished train station, two new tram lines, electric buses on our roads and some of the highest levels of public transport use outside London.

“We have also seen traffic levels holding steady in Nottingham over the past few years, while they have been increasing considerably in other major cities.”

The Workplace Parking Levy sees businesses that have more 11 or more parking spaces charged an annual fee of £415 per space. The scheme continues to achieve a 100% compliance of all liable employers.

Councillor Sally Longford added: “Friends Of The Earth rightly talk about the need for councils to share best practice and we have done exactly that in recent years. Councillors and officers from the City Council have met with delegations from other parts of the UK, showing them how the scheme has worked in Nottingham and answering their questions.”

For a copy of 33 actions local authorities can take on climate change click here.