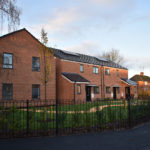 Foundation is providing a lifeline to individuals and communities

A charity has increased its individual grant funding by more than 2,000% and nearly 400% for projects and research grants aiming to transform the lives of those living in the social housing sector.

Leading housing provider Stonewater set up the Longleigh Foundation, as an independent charity arm in 2015 after recognising that many of its residents — in both independent and supported housing — and the communities they are part of, had additional needs beyond housing that were not being met.

Stonewater identified that by establishing Longleigh and donating annual endowments it could make a significant difference to the communities they serve by providing help and support, going beyond what they could achieve alone as a landlord.

“The motivation for launching Longleigh is as relevant now as it was back then,” commented Nicholas Harris, Chief Executive at Stonewater. “We’re proud to see how the foundation has grown over the years and the transformational impact it’s having on people’s lives. Especially now, when so many people and communities are struggling with the impacts of the pandemic.”

In 2017-18 Longleigh issued £12,382 of funding through its individual grants programme and dramatically increased this figure to £268,760 in 2019-20 following the impact of public spending cuts and welfare reform.

For this financial year, Longleigh has further increased the funding available for its individual grants programme in response to the huge increased demand for support its seen since the start of the pandemic.

Alongside its work to support individuals, Longleigh has also significantly boosted funds for projects and research grants from £171,600 to £845,919 in three years.

From a veteran community self-build scheme in Herefordshire, digital workshops across retirement living schemes and launching a LGBTQ+ Safe Space, Longleigh has worked alongside Stonewater to give something back to communities and customers alike.

Andy Peers, Chief Executive at Longleigh, said: “Helping people is at the heart of what we do. Over the last year, by strengthening our staff and governance teams, as well as acquiring additional support from Stonewater, we’ve been able to rise to the challenge and quickly adapt our processes to ensure we can provide help to as many people as possible during this difficult time, as well as fund long term research projects, which will benefit those living in the social housing sector in the future.”

To find out more about Longleigh, visit the website: www.longleigh.org.