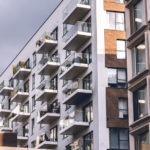 New analysis shows London needs 90,000 to 100,000 new homes each year to tackle the housing crisis — double the number currently being built according to the Government’s most recent data.

The joint research from the London Housing Directors Group (LHDG) at London Councils and the G15 group of London’s largest housing associations also shows that more social housing is key to meeting the housing needs of low and middle-income Londoners.

Delivering on London’s Housing Requirement — an interim report sharing findings from on-going research — uses forecasting from Savills to demonstrate that the market is unlikely to meet the housing delivery targets in the new London Plan. The analysis provided by Savills indicates a need for 90,000 to 100,000 new homes each year to meet demand and improve affordability, a number higher than the 52,000 homes recently outlined in the new London Plan.

Delivery rates are currently far below these figures. The most recent government data shows 41,718 completions in London in 2019/20.

The forecasts for 2021/25 also highlight that private housebuilders are focused on the upper mainstream price bands only affordable to higher earners. While need is being met in these price bands, London’s demand for affordable housing is almost eight times greater than the number of homes forecast to be delivered (7.6 times greater than supply, compared to the national average of 2.6 in England).

The LHDG and G15 argue this shows the importance of growing the capital’s social housing sector and securing increased government investment in affordable housing for those on low and middle incomes. The chronic shortage of affordable housing is a key factor in London’s homelessness crisis, with the capital accounting for around two thirds of all homelessness in England.

Joanne Drew, Co-Chair of the London Housing Directors Group, said: “London’s housing crisis has dragged on for far too long and there’s no end in sight. Due to total market failure and years of underinvestment at a national level, there simply aren’t enough affordable homes being built — leaving London with enormous housing pressures and the highest homelessness rates in the country.

“Alongside our housing association partners, boroughs are determined to build affordable homes at mass scale for hard-pressed Londoners. This is crucial for helping us achieve the government’s targets on reducing homelessness, and would also give a shot in the arm to London’s economic recovery from COVID-19. But we need an immediate boost to councils’ powers and resources to make this happen.”

Geeta Nanda OBE, G15 Chair and Chief Executive of Metropolitan Thames Valley Housing (MTVH), added: “Tackling the housing crisis is one of the biggest challenges facing Londoners. That’s why housing associations are committed to playing our part in supporting more people to have a decent, secure, and affordable place to call home. As the largest builders and providers of affordable housing in London, we want to work with local, regional, and national government to make sure our shared ambitions are realised.

“As this interim report sets out, there are multiple systemic challenges and significant issues such as the building safety crisis, that need coordinated action to resolve. We hope this report helps the conversation move towards practical solutions that help more people have a home and the chance to live well.”

The interim report highlights the extent of market failure in London’s housing sector and the affordability challenge that has been created as a consequence of lack of housing supply. The key findings are:

0 0 0 0
Previous : Work on major extension at specialist college gets under way
Next : Winning design idea for £200,000 improvement of Kingston’s riverside unveiled