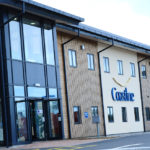 Local landlord Coastline Housing has received the highest possible regulatory rating for its governance and financial viability following a review.

The Regulator of Social Housing (RSH) has confirmed that the Cornish housing charity has maintained the highest rating of G1/V1. This follows an In-Depth Assessment carried out earlier in the year.

Regulatory judgements are the regulator’s official view of a housing association, its finances and how well it is run. They are reviewed on a rolling cycle nationwide and ratings are published for all housing providers with 1,000 or more social housing homes. Ratings are offered on financial viability (V) from one to four and on governance (G) from one to four.

The highest rating of G1/V1 means that Coastline meets all governance requirements and has the financial capacity to deal with a range of adverse scenarios should they occur.

Allister Young, Chief Executive, said: “We are delighted with this result. It confirms Coastline is well led, and has a strong financial position. It reflects the hard work everyone at Coastline puts in, every single day, to making sure we are the best landlord we can be, and gives us a strong foundation to build on our aim of helping to solve the housing crisis in Cornwall.”

Coastline Housing owns and manages almost 5,000 homes in Cornwall. It has recently launched a new strategic plan covering the period up to 2025, outlining the leading role Coastline will play in helping to solve the housing and homelessness crisis in the county.