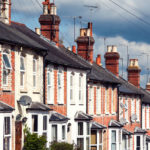 Figures released by the Ministry of Housing, Communities and Local Government show that local authorities in England sold 2,645 dwellings under the Right to Buy scheme from October to December 2018, an increase of 9.4% on the previous quarter.
In the same quarter, only 1,038 replacement dwellings were started on site or acquired, which is 32% lower than the number of dwellings started or acquired in the same quarter of 2017-18.

Whilst quarterly Right to Buy sales are yet to match the pre-financial crisis level, the number of sales in the last quarter of 2018 is around four times higher than in the year before reinvigoration of the Right to Buy with increased discounts in April 2012.

According to CIH’s calculations, reducing discounts by just a third could free up enough funds to deliver an extra 12,000 homes a year. Since the reinvigoration of Right to Buy, 75,618 homes have been sold, while just 21,890 homes have been started or acquired to replace them.

CIH Chief Executive Terrie Alafat CBE said: “These latest figures confirm CIH’s view that the wider costs of Right to Buy exceed its benefits. With far more homes being sold than are replaced, Right to Buy is significantly reducing the number of badly needed affordable homes available. Our research last year showed that more than 150,000 of the most affordable rented homes have been lost across England in just five years and predicted that loss will reach nearly 200,000.

“With homelessness and rough sleeping dramatically increasing we cannot afford to lose so many of our most affordable homes.

“This is why CIH is urging the Government to suspend the scheme and invest the savings in more homes for social rent — which is often the only truly affordable option for people on lower incomes. We need to look at fairer ways to help tenants into home ownership, because this is clearly not the way to do it.”