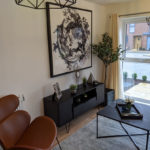 Essex-based housing association CHP has been recognised again as one of the best companies to work for in the UK. The company secured 75th place in ‘The Sunday Times 100 Best Not-For-Profit Organisations to Work for 2020’.

The Sunday Times Best Companies lists are recognised nationally and are based on a survey of all employees. Nearly 80% of CHP’s workforce completed the survey last autumn which looked at areas such as leadership and management, personal wellbeing, commitment and engagement to the company as well as pay and benefits.

Based in Chelmsford, CHP manages over 10,000 properties across Essex and has over 300 employees. The survey found that 92% of employees believed they could make a valuable contribution to the success of the organisation. 86% said they loved working for the organisation, and 83% said it had a strong social conscience.

Paul Edwards, Deputy Chief Executive of CHP said: “We’re absolutely over the moon to be named in the best companies list for a second time. It’s incredibly important to us that our employees feel CHP is a great place to work.

“We have a fantastic team of highly talented employees, who show huge commitment to delighting our customers. We want to continue to recruit and retain talented people and have a large programme of support, development and benefits to help us achieve this.”

Receiving recognition from the Sunday Times Top 100 Companies list for a second time is another significant achievement for CHP. In 2019 the company launched its 10,000th home and was named one of the Top 50 biggest builders of homes. It has also maintained the highest possible ratings from the Regulator of Social Housing.

Legal & General partnership
At the end of January CHP released news it was taking management of 30 new homes available for shared ownership in Thurrock. The homes are the first properties to be handed over to CHP as part of its new partnership with Legal & General Affordable Homes.

The 30 new flats are located at the new Renovo development in West Thurrock and will be followed by a further 30, which CHP will take management of in the summer. The apartments are a mix of one and two-bedroom properties.

CHP is one of 14 organisations chosen nationwide to manage properties built by financial services firm Legal & General under their new affordable homes initiative. The new partnership represents a shared vision that an affordable home is the cornerstone of a healthy and good quality of life.

CHP Chief Operating Officer Kate Franklin said: “We’re really excited to take management of our first properties delivered as part of the new Legal & General Affordable Homes initiative. There is a huge shortfall in the number of affordable homes being delivered in Essex, and as a leading local housing association we’re committed to bridging that gap.

“We’re very proud to be bringing our expertise to this new partnership, which has been made possible thanks to a bold new investment by Legal & General. As managers of these new properties we will do everything we can to provide the highest level of service to the customers who move into these homes.”

Header image shows the inside of the new shared ownership homes at the Renovo development in West Thurrock.