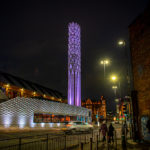 Browne Jacobson’s government and infrastructure team have advised Manchester City Council on the set up of the Civic Quarter Heat Network (CQHN), a sustainable energy project which aims to provide the City of Manchester with an efficient and environmentally friendly heat and power network to power some of the City’s most high profile and historically listed buildings.

The CQHN is owned by the Council, in partnership with Vital Energi, a national sustainable energy solutions organisation that is helping UK businesses significantly reduce their carbon footprint. Vital Energi built the energy centre which is located in Manchester City Centre, and are contracted to operate and maintain the network for the next 30 years. On 14th October, an illumination of the Tower of Light ceremony took place which was a major landmark in the development, The network will officially launch early in 2022. 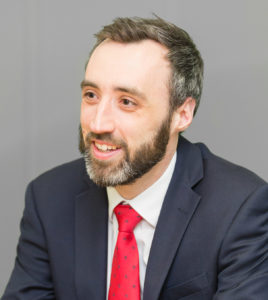 Alex (pictured right) commented: “We are delighted to have been involved in this ambitious and significant project for Manchester City Council. The council are passionate and serious about hitting their net zero goals in carbon, waste and climate resilience by 2038 and this impressive energy infrastructure will be imperative in helping them to achieve that and sets the scene for more local authorities and UK cities to follow suit.

“This has been a fantastic opportunity to continue in our own firm commitments of driving forward the net zero agenda.”

“As a Council we are committed to playing our full part in limiting the impacts of climate change as the city strives to become zero carbon by 2038 — at least 12 years ahead of the national target.

“It’s a complex challenge but ambitious projects such as this network show that we are taking action to rise to it. As well as looking beautiful, we hope that the Tower of Light will be a beacon for this kind of work.”

Browne Jacobson’s Government sector practice which is ranked by Chambers & Partners as a “universally good team punching well above their weight” is made up of specialist public law solicitors who work across all areas of the Government sector. The practice offers tailored advice to over 200 local authorities, 50 NHS bodies and 10 central government departments and bodies.