Plans have been submitted to regenerate a brownfield site in the centre of Hemel Hempstead with 56 new homes and a purpose-built headquarters for homeless charity, DENS.

On behalf of Dacorum Borough Council, multi-disciplinary design practice, rg+p has designed and submitted plans for a complete redevelopment of the Paradise Depot site, which is located off St Albans Road, east of the town centre. Currently occupied by the DENS office and foodbank as well as other commercial/industrial premises, the intention is for the site to become an asset for the town.

“Paradise Depot occupies a central location within Hemel Hempstead; there are plenty of amenities nearby, it’s easily accessible by public transport and is bordered by a public park so is entirely suited for a modern, mixed-use development,” explained Grant Giblett, the project’s lead and rg+p’s Director. “Our design has sought to create a real sense of place, not just somewhere to live and work, but an attractive, sustainable environment that will wholly benefit the community.”

rg+p’s design proposes a two-storey building to better serve DENS’ needs, comprising ground floor foodbank and bike workshop together with first floor community café, office space, kitchen and multi-functional meeting rooms. A shared surface unites this building with a new apartment block of 56 one-and two-bedroom homes. Cycle and scooter storage, car parking, residents’ garden and additional landscaping is also incorporated into the overall design. Each apartment has a private balcony and a proportion will be built to accessible standards. 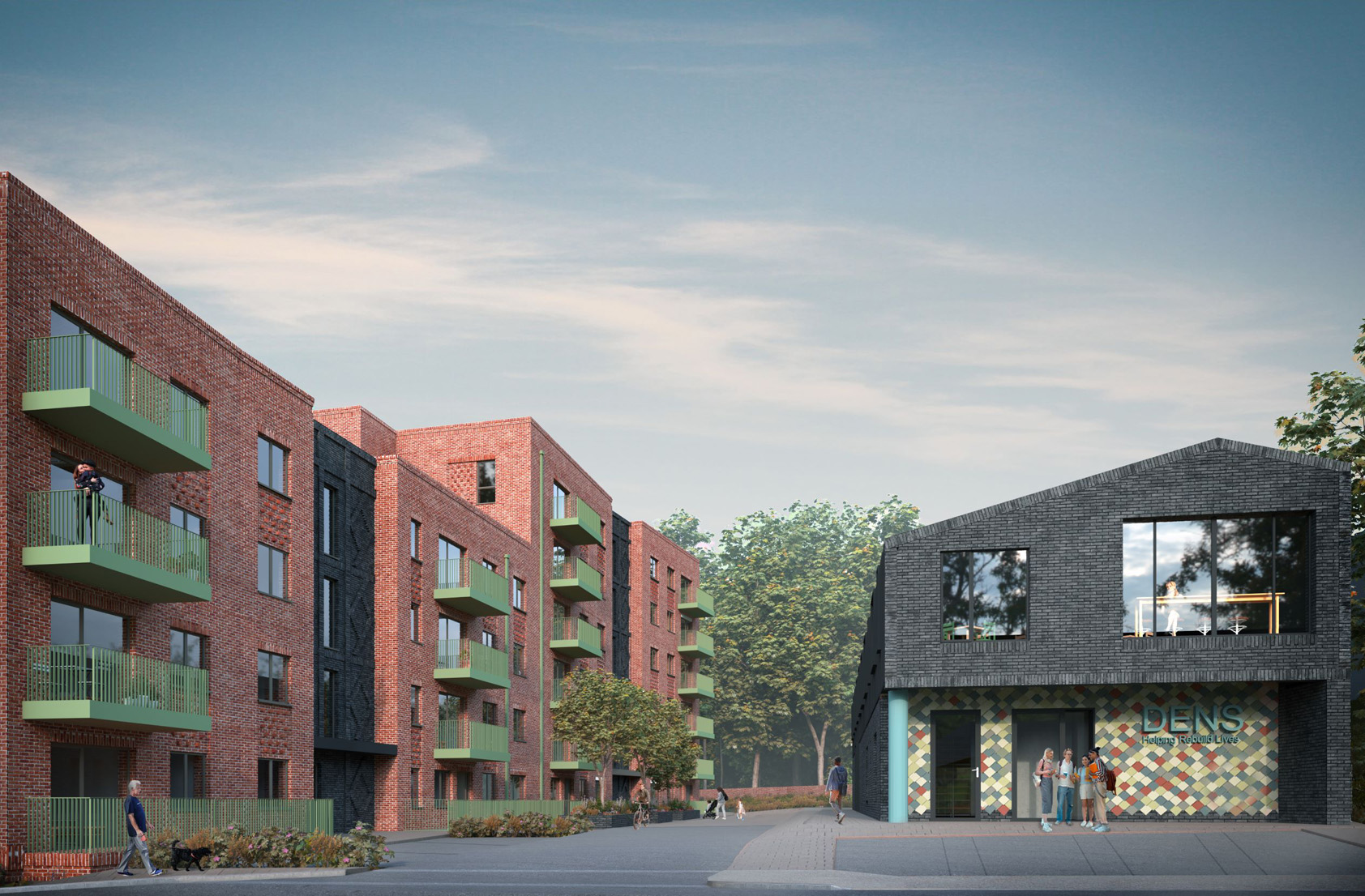 Hemel Hempstead’s distinctive local vernacular has heavily influenced the proposed material palette. The concept for the apartment building references the Old Townscape’s Tudor heritage and will feature a blend of red and dark brickwork with hit and miss detailing and a rusticated plinth. Contrastingly, the new DENS centre will have a predominantly darker appearance with black frame windows and rainscreen cladding. However, the food bank entrance is designed as a focal point and will feature decorative tiling inspired by Hertfordshire Puddingstone. Unique to the area, Puddingstone traditionally has a subtle and muted exterior but when cut, it has vibrant orange, brown and blue hues, meaning this façade will look both striking and individual. 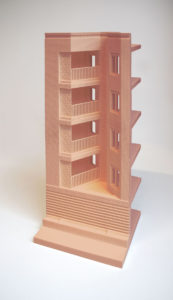 Grant added: “The local architecture has offered plenty of inspiration and we’re confident these new buildings will complement the townscape. More importantly, they will deliver essential homes and services for some of the most vulnerable people in the community. Having worked with Dacorum Borough Council for several years, we fully understand their ambitions, especially regarding repurposing brownfield sites and avoiding greenbelt development.

“We extensively modelled Paradise Depot to maximise the number of new homes, which I’m pleased to say delivers beyond the original expectation without compromising on space standards for residents. We understand a formal consultation process is due to begin shortly and are hopeful a positive outcome from this application will follow,” concluded Grant.

Cllr. Margaret Griffiths, Portfolio Holder for Housing at Dacorum Borough Council added: “We are delighted to be working with rg+p again, this time on the design of 56 new homes that will be available for social rent through our housing register. Having worked with them on other local developments, we are confident that the design will integrate well with the existing neighbouring architecture and provide apartments that our residents will be proud to call home. Alongside this, they have also developed plans for a new centre for DENS, which will provide the charity with a modern space to continue to deliver essential community services, such as the food bank.

“The new homes, being developed on a brownfield site, will help us reach our target to build 350 new council homes by 2026. Being located close to the town, residents will also benefit from being within walking distance of amenities, open spaces and excellent transport links.”