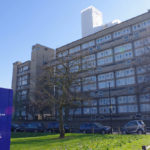 Poplar Housing and Regeneration Community Association (HARCA) owns and manages around 10,000 homes in East London. Like many social housing providers, the organisation realises the importance of clean water in heating systems to ensure that the systems operate efficiently and without problems for their tenants and leaseholders. It’s vital that particularly with high-rise developments, there is virtually no debris circulating in the heating systems and any debris there is, is removed as quickly as possible to avoid damage to the system components. In addition, removal of air and micro-bubbles from the system will also ensure the system operates smoothly.

The social housing provider required a system to operate in one of its buildings — Carradale House in Poplar. The property has four Potterton NXR 3 280kW boilers installed. Wilo offered to run its new particle separator system on a protracted trial to illustrate the benefits of the system and to address the issues the property had.

The main issues were mechanical seal failures on pumps due to poor system water quality as well as poorly made up joints during the installation of the system. Leaks were causing the system to constantly introduce new clean water to the system, which was diluting the inhibitor, reducing its effectiveness and helping to cause unacceptable levels of debris forming in the system.

Wilo’s new Wilo-SiClean Comfort is a particle separator system that is integrated into heating systems to provide automated circulating water cleaning. The circulating water is set into centrifugal motion so the particles of debris, both magnetic and non-magnetic, can rotate downwards and collect in the desludging tank. The cyclone created in the separator combined with the vortex effect, leads to venting of the fluid and supports the degassing process. Magnetic particles are removed by magnetophoresis.

The system was installed in the basement plant room of the property and the discharge from the system runs to drain. The ‘plug and play’ system is simple to install and maintain and is designed to provide particle separation for larger heating systems. 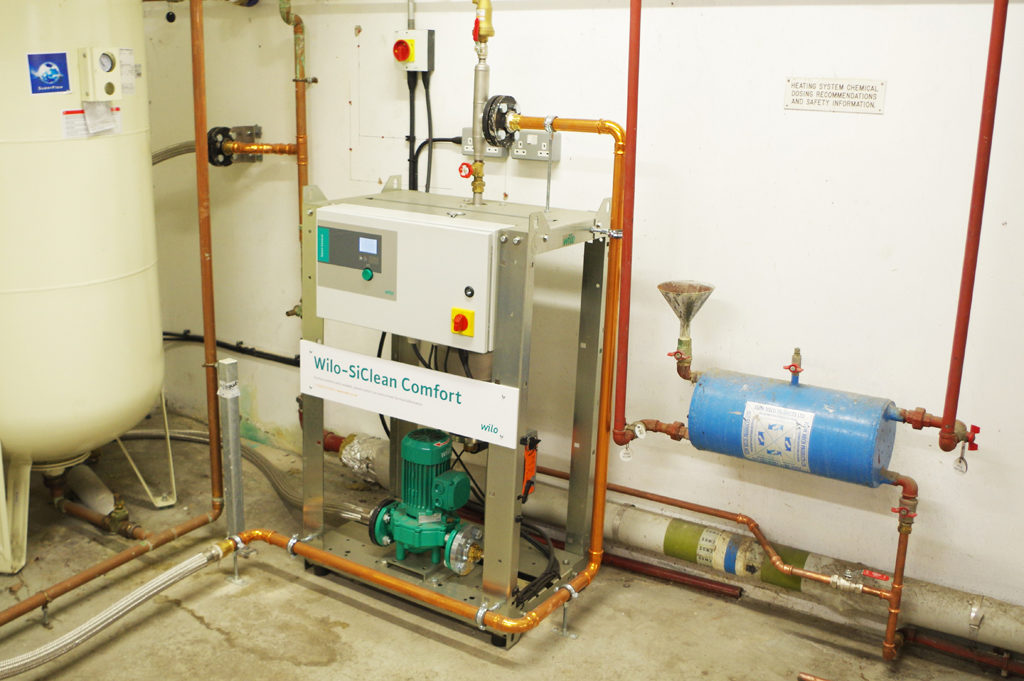 Trial period
Over the period of the trial, the results showed huge improvements to the system circulating water — a large reduction in conductivity of 12% and a reduction of the iron in the water samples taken by a massive 75%, which is the main reason for mechanical seal failure and damage to pump reliability. There was ample evidence of the removal of the black magnetite sludge from the system, clearly seen where the system was drained.

Dave Barnett from Poplar HARCA says the evidence of the trial was impressive: “We ran system health check reports on the system before we installed the Wilo equipment, during the trial and at the end of the trial and the results were very good. The Si-Clean Comfort was removing the debris from the system and improving the quality of the circulating water significantly for the building, so I would have to say I was impressed.”

Wilo’s Service Sales Manager Adrian Ball adds: “This was a great opportunity for us to illustrate the benefits of this equipment in large buildings, especially where the existing system was clearly experiencing a number of issues that needed attention. We addressed them and proved that our equipment was up to the task of sorting these issues for Poplar HARCA and we’re hopeful we will be able to help them with other buildings in their portfolio.”

0 0 0 0
Previous : Social houses in Wrexham set for spruce up
Next : Biral | Reduce risk of lightning strikes with standalone warning system
Tweets by LABMmag