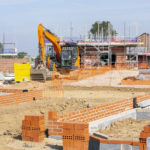 The problem with the quality of new housing — and the solutions

The quality of homes delivered in the new-build sector has been an issue for some time and is often highlighted in the media as questionable. In 2017 Bovis, a top 10 housebuilder, apologised for releasing properties that they’d said were finished, too early. They also set aside £7m to repair badly built new units that they’d sold to unsuspecting buyers.

Local authorities grant planning permission for sites across the country and manage building control and so they have a vested interest in ensuring quality, especially as these very councils are funded by the public whom they seek to represent and serve.

Harry spoke to the panel about his experience in the construction industry and the experiences of the countless new-build buyers he works with through both HouseScan and BuildScan. His main message was that the dissatisfaction among new-build buyers is increasing at an alarming rate, alongside and directly in relation to the rising trend for poor quality. In more extreme cases; this has even led to the detriment of buyers’ mental health.

On average, each new home delivered in Britain has approximately 157 snagging faults, which if left unchecked and unraised can leave homeowners bearing the complete cost of rectification. Harry also spoke about his experiences with developers often seeking short-cuts to quality sign-off by moving to less fastidious warranty providers.

Harry went on to explain a number of reasons why poor quality in new homes is increasing. These included:

Harry also explained that the rise of social media has meant that consumers have become more informed about the standards their home should be built to, and the issues that are widespread. Though it can occasionally lead to homeowners having skewed expectations, overall the heightened connectivity has been positive, leading to developers being held accountable for their shortcomings and in turn helping to improve the quality of new homes.

Whilst providing the context of the problem and the reason behind those problems is important to understand, Harry was also an active voice in providing ideas that will form solutions to this growing trend of new homes not being finished to an acceptable standard in many cases.

“Quality standards must form part of a housebuilder’s KPIs, not just goals around completion times,” said Harry. “Supervision of trades and sub-contractors needs to be taken much more seriously as they work. Technology now allows senior stakeholders in build projects to assess quality ‘as it goes’ and this must become more mainstream now.

“And training, especially around proper apprenticeships and the ensuring of high standards being a matter of mindset, is something that Britain used to be renowned for but in some areas of industry is often dismissed as not providing a return on investment — it’s ‘just another cost’. Whereas, as we can see from the issues highlighted here, a lack of training leads to a lack of quality further down the line.”

The most important progress is being made with the launching of the forthcoming New Homes Code and likely a New Homes Ombudsman as a robust regulator of the sector.

Harry continued: “We have worked alongside the code’s formation as a stakeholder and in my opinion it is the biggest step being taken in highlighting and promoting better quality delivery that we’ve seen in years.”

“In particular, allowing home buyers the legal right to inspect their property prior to completion using a professional inspector such as HouseScan or themselves via an app such as BuildScan, enables them to complete and move in with more confidence but also puts the housebuilder on notice that poor quality and premature certification of new properties will not be tolerated.”

Harry hopes that forums such as the Cambridge City Council led event will raise the profile of build quality and snagging and consequently will lead to happier home buyers and housebuilders attaining much better reputations.

The full forum event can be seen here.