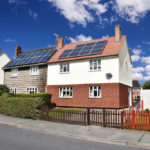 Although non-traditional methods of construction were first introduced after the First World War, around 95% of homes continued to be built using traditional bricks and mortar or stone.

It was only after the Second World War that the scene really changed… with a population boom, slum clearance and town centre redevelopments, homes needed to be built quickly. Skilled labour was not readily available; traditional building materials were in short supply and factories established to support the war effort needed to diversify. For these reasons, new non-traditional ways of building were developed. As a result, around 1.5 million properties were built in the UK using non-traditional products and methods of construction between the late 1930s and early 1970s.

There are literally hundreds of different types of non-traditional properties — BISFs, Airey, Unity, Cornish and Crosswall to name a few (the BRE list over 500) but they all fall into one of four main categories:

1. Timber Frame: Single storey height timber frame panels, sheathed on the inside and externally clad.
2. Metal Frame: Load-bearing frame comprising of metal columns, joists, beams and roof trusses and clad with a variety of materials.
3. Precast Concrete (PRC): Load bearing concrete columns and external concrete cladding panels which were cast off site before being transported to site and lifted into place.
4. Insitu Concrete: Three basic elements — formwork, concrete and reinforcement. Steel reinforcement is added between the formwork before a liquid concrete material is poured in to create the framework on site.
Of course we are not just talking about low-rise housing — high-rise accommodation became popular in most UK cities between the 1950s and late 1970s. As a result of the development in concrete technology and panel systems, which could be stacked together, many of these medium- and high-rise blocks were constructed from similar non-traditional materials. 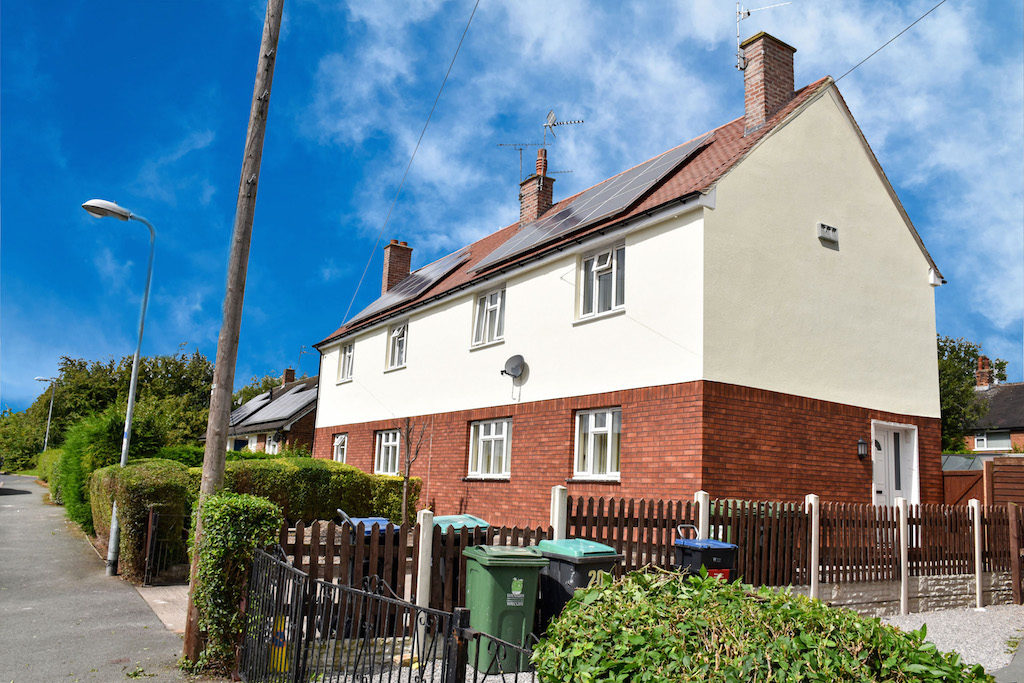 So, what’s the problem with non-traditional properties?
Where do we start? General ageing, deterioration of seals, a lack of wall ties, design faults, carbonation, corrosion — the list goes on. Many non-traditional house types are even officially designated as structurally defective by the BRE.

The main issue stems from the simple fact that these properties were built quickly and cheaply to overcome a specific and historical need but were actually only designed to last for the short-term — around 20 years in many cases.

In spite of this, people are still living in these properties today — properties that have very little in the way of insulation are not thermally efficient at all and are susceptible to condensation. Visually, they appear dated, and practically they are cold, damp, expensive to heat and environmentally wasteful. So, how do we best bring these properties into the 21st Century?

External wall insulation
Combined with new windows and roofs, external wall insulation (EWI) is an obvious way of upgrading such properties. The solution consists of rigid insulation panels, usually enhanced polystyrene (EPS) or mineral fibre, which are mechanically fixed back to the existing substrate. These panels are then directly rendered with a polymer-modified basecoat into which a reinforcing mesh is embedded. A finish (or a mixture of different finishes) can then be applied — often a thin coat, through coloured render, a dashing aggregate or one of the many modern lightweight ways of replicating the effect of brick or stone.

On paper this solves all the main issues — aesthetically properties can be dramatically modernised and communities transformed, a risk of condensation can be minimised through careful dew-point calculation and current U-value regulations met by the accurate specification of insulation type and thickness.

This kind of system will not provide the solution in every case however. A standard EWI system needs to be mechanically fixed back to the substrate, typically with a minimum of eight specialist screw or nail fixings per square metre. Because of this, the substrate needs to be in good enough condition and constructed from materials suitable to bed the fixings with the strength to hold the insulation system in place. A simple pull out test using a calibrated meter is the standard way to measure this.

Similarly, wall ties or connecting details need to be in good condition and free from corrosion and the property should not be designated as BRE defective. Any of these conditions may render the property unsuitable for a refurbishment upgrade using a standard EWI system.

The structural external wall insulation (SEWI) system is specific to Structherm. It is manufactured in the UK, is BBA accredited and proven for over 35 years. It consists of strips of rigid insulation panels (typically EPS, Mineral Fibre or Phenolic foam), which are housed within a steel wire frame or cage. As with a standard EWI system, type and thickness of insulation is detailed on a project specific basis.

The difference in this system is that, unlike standard EWI, these panels do not attach to the substrate but instead are designed to span and be fixed to the load bearing frame, columns, panels or structure of the building itself. The steel framed panels are then joined together with a rigid mesh. This, in effect, forms a new substrate that is structural in a reinforcing capacity, which wraps the entire building.

Once fixed into position the panels are then rendered with a thick coat render base and can be finished in the same thin coat, through colour renders, dash aggregates or brick effect/profiles.

This robust system is not just suitable for low-rise refurbishment but also high-rise where the panels can be fixed both vertically, floor-to-floor, or horizontally column-to-column. It is also effectively used in the upgrade of modular buildings, especially schools. The SEWI system has a design life in excess of 30 years and so, combined with re-roofing and external works, the life expectancy of these properties is significantly extended. 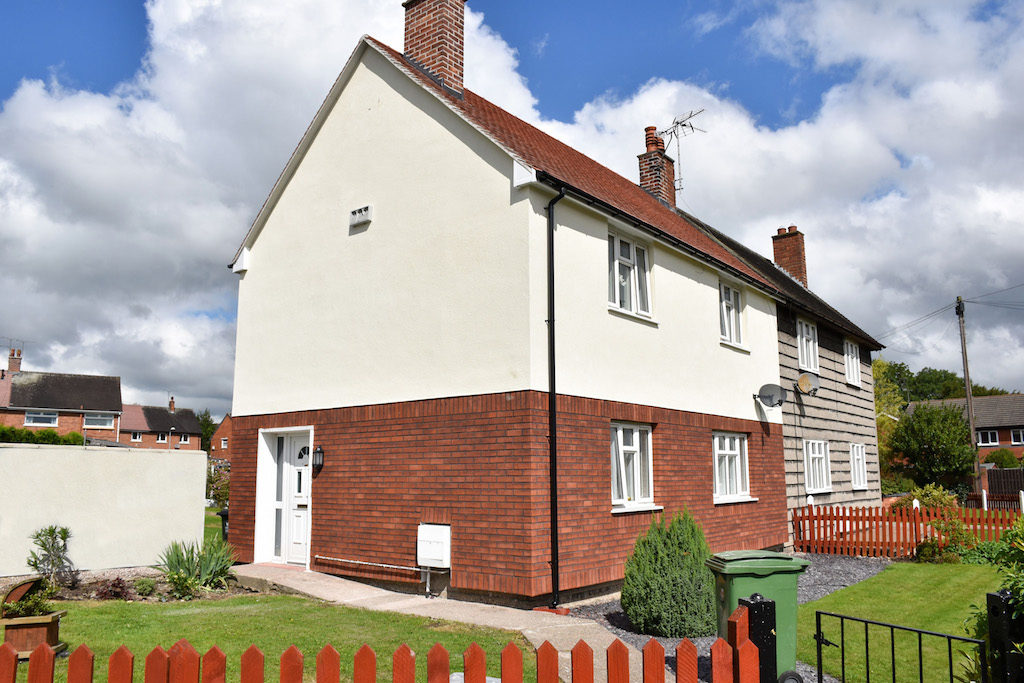 Wrexham project
The Structherm SEWI system was recently used to upgrade several hundred Airey type PRC houses for Wrexham County Borough Council. Airey houses were designed with a maximum 20 years lifespan and fall under the designated defective properties by the BRE. As a result, demolition was a serious consideration.

A standard EWI system was not suitable; instead, a SEWI was specified and installed with primary fixings through the existing cladding panels and into the load bearing concrete columns. Additional secondary fixings were used to restrain the cladding panels, which were then joined with a rigid mesh.

Installation of the SEWI system was carried out by several specialist approved installers, Mitie Property Services, Thomas CMS Holdings and Westdale Services and finished with brick slips, ArtBrick finish and through colour render. The refurbishment has cost-effectively increased the lifespan by an additional 30 years as a minimum, provided a transformational aesthetic upgrade and improved thermal performance from 0.59W/m²K to 0.20W/m²K… and all without the need to decant the existing tenants.