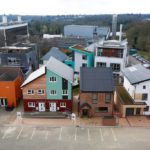 Are the UK’s homes fit for the future? Not according to two reports released earlier this year. LABM explores the current housing situation and government’s commitment to adopting the Future Homes Standard by 2025, as announced in the Chancellor’s Spring Statement.

Housing continues to make the headlines and fill up column inches, despite the Brexit machinations dominating proceedings and showing no sign (at the time of writing at least) of reaching any formal conclusion. It’s only April and already two major pieces of research have been released which paint quite a stark picture of the current housing situation. The housing crisis is not just a numbers game, it’s also about quality. The reports focus on the performance aspect of new-build and existing properties, considering housing emissions and climate resilience.

In February, UK housing: fit for the future? was released. The report is the culmination of extensive research conducted by the Committee on Climate Change’s Mitigation and Adaptation Committees to assess ‘how prepared the UK’s housing stock is for the challenges of climate change’.

The report’s prognosis is that ‘the UK’s legally-binding climate change targets will not be met without the near-complete elimination of greenhouse gas emissions from UK buildings’. Emissions reductions from the UK’s 29 million homes have stalled, says the report, with energy use in homes actually increasing between 2016 and 2017. Given that energy use in homes accounts for 14% of total UK emissions, clearly some serious work needs to be done to reverse this damaging figure before it becomes a trend. The overriding message: we are lagging behind in our ‘efforts to adapt the UK’s housing stock to the impacts of the changing climate’.

The imperative to tackle the UK’s existing housing stock is not just driven by a need to meet governmental climate change targets, but to address housing inequality and ease the plight of the fuel poor. It also presents an opportunity for councils and housing associations to reduce future maintenance burdens. In renovating one of its ailing 1960s tower blocks to Passivhaus standard, Portsmouth City Council was able to surpass current Building Regulation requirements by some margin. The primary goal was to dramatically improve the living environment for residents and in doing so, the council now also has a future-proofed asset.

It’s equally important to ensure that new homes are built with energy efficiency firmly in mind, as it’s vital they do not become fuel poor homes in years to come. 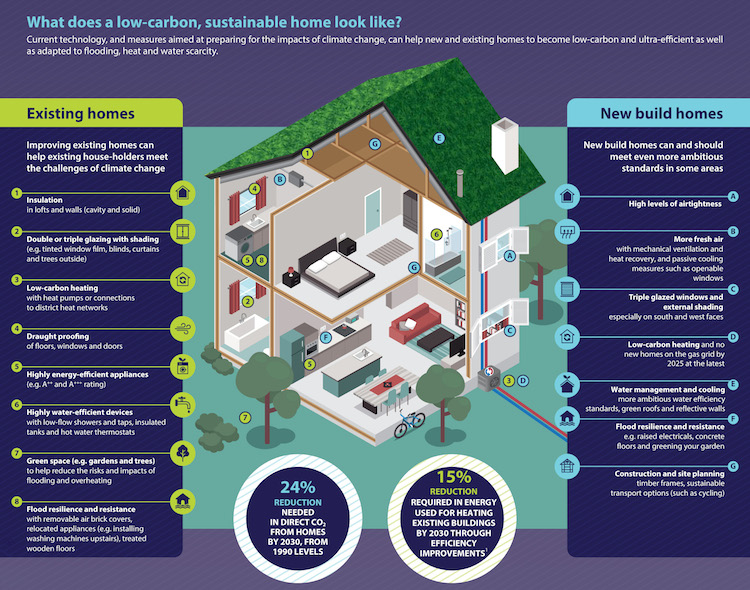 Take action
So what’s to be done? Five key areas where action is needed are listed in the report — performance and compliance, the skills gap, retrofitting existing homes, building new homes, finance and funding.

In 2019 the MHCLG, Scottish Government and Welsh Government will be reviewing Building Standards, the report asserts it is critical they introduce a new standard or other requirement to ensure that overheating risk is assessed for current and future climates at design stage of new-build homes or renovations’. The report also recommends that ‘all new homes should be made low-carbon heat ready. By 2025 at the latest, no new homes should connect to the gas grid, and should instead rely on low-carbon heating systems such as heat pumps’.

A further recommendation is that the Standard Assessment Procedure be reviewed and revised to properly reflect the benefits of low-carbon technologies. The report suggests that ‘a forward trajectory for declining grid carbon intensity, in line with Government projections’ should be formally integrated into SAP.

The energy performance gap in new homes needs to be closed. According to the report, ‘new homes should be built to be low-carbon, energy and water efficient, and climate resilient’. The same principles apply to existing homes, which also need to be low-carbon and resilient to the impacts of climate change. The report says ‘this is a major UK infrastructure priority, and should be supported as such by the Treasury’. It is recommended that local authorities introduce water efficiency measures into energy efficiency retrofit programmes. It is also recommended that standards, such as Decent Homes and the Welsh Housing Quality Standard, stipulate a requirement for water efficiency in social housing.

The report points to changes in UK government policy as a major contributory factor behind the ‘skills gap in housing design, construction and in the installation of new technologies’. Urgent funding gaps must be addressed. The report states that there is a real need ‘to secure UK Government funding for low-carbon sources of heating beyond 2021’ and it reinforces the necessity for better resources for local authorities to ‘to drive and influence emissions reductions and adapt their localities to a changing climate, and to discharge their responsibilities in relation to the enforcement of Building Regulations and wider Government policy’.

Housing 2050
During the same week in February, Sustainable Homes released the findings of its Housing 2050 research into how UK social housing can meet the challenge of climate change. The research was supported by housing associations Optivo, Clarion Housing Group, Catalyst, Coastal Housing Group, Hastoe Group, Octavia Housing, Southern Housing Group and wm housing group.
It focuses on six key themes — energy efficiency of homes, low carbon heat, renewable and clean energy, electric vehicles, climate resilience, and resources and capacity. Sustainable Homes conducted interviews with the participating housing associations, as well as the supply chain, regulators and other stakeholders, to get a broader idea of the challenges and opportunities that exist.

Detailed surveys were carried out. Roundtables and focus groups helped Sustainable Homes’ researchers get an insight into the key issues affecting the sector and to debate the findings. In addition, specialist energy economists were commissioned to explore future low carbon heating pathways and the associated financial as well as the environmental implications.

The findings from the research reinforce tenets put forward in the Committee on Climate Change’s report. The overwhelming message is clear – the current stock of social housing is not fit for 2050. Sustainable Homes believes action is needed now to ensure 30-year plans are still financially viable given the ‘gap’ in environmental performance. It says new finance models and cost savings are available to reduce CO2 emissions to safe levels, whilst at the same time being financially beneficial.

Future Homes Standard
In the Spring Statement in March, Chancellor Philip Hammond made a raft of housing announcements, which included mention of adopting the Future Homes Standard. This is extremely positive news. Communities Secretary Rt Hon James Brokenshire MP comments: “Emissions from heating existing homes is the single largest contributing factor to the UK’s carbon footprint. We recognise that combating climate change requires the construction of new-build homes to feature more sustainable and efficient ways of heating, alongside other energy saving measures.

“In the Spring Statement 2019, we have committed to adopting the Future Homes Standard by 2025 so new homes built are built with the latest green technology – driving down energy bills and reduce the impact on our precious environment.

“The Future Homes Standard will build on the Prime Minister’s Clean Growth Grand Challenge mission to at least halve the energy use of new-build properties by 2030, and halve the cost of renovating existing buildings to a similar standard as new buildings, while increasing quality and safety.” 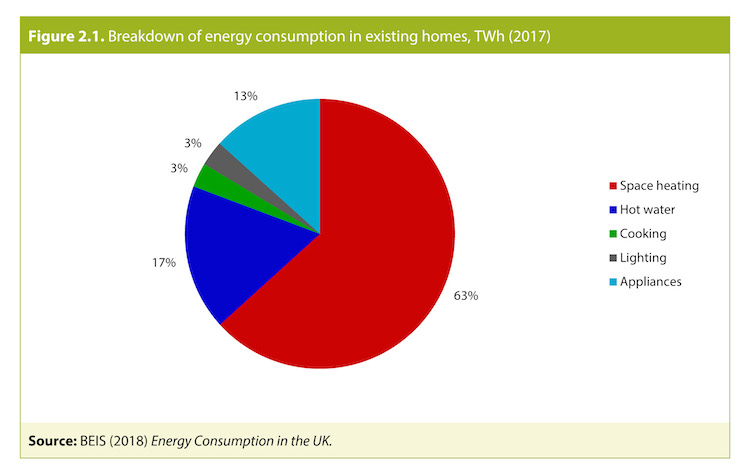 The time is now
Whilst many welcomed the Chancellor’s Future Homes announcement, some, such as the BRE, are calling for greater expediency, asserting that high quality new homes are needed now. Gwyn Roberts, New Homes & Communities Lead at BRE says: “BRE welcomes the Chancellor’s proposal for a Future Homes Standard. We fully support the need for future-proofed new homes but don’t think we should wait until 2025 for them.

“We need high quality homes that are fit for the future and that address societal challenges, to be built now. We are supporting government and investors on their drive to improve quality in new homes for improved health and wellbeing and to reduce environmental impacts through our solutions such as Home Quality Mark certification.

“Delivering homes that are fit for the future is not only about Energy Efficiency and Carbon Reduction. As the Chancellor stated, we must also value our green infrastructure. A resilient, future-proofed home is one that is fit for all, meets our changing climate, demographics and social needs and does not need to be retro-fitted. We must look at housing standards holistically and address the issues around permitted development. Everyone who buys or rents a new home must have a good experience.

“BRE’s data and analysis through the English Housing Survey shows that the cost to us all of poor housing, is high. The cost to the NHS alone £1.4bn each year.” 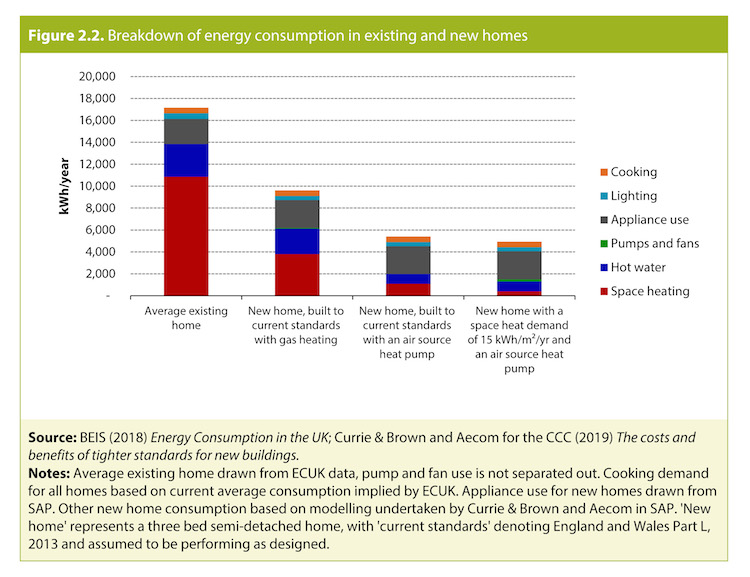 The need for greater climate resilience is one echoed by leaders from other countries across the world. Gaynor continues: “Ban Ki Moon, former General Secretary of UN said at MIPIM, ‘we should ensure that cities in the future will be sustainable, resilient, creative and dynamic by implementing the 17 Sustainable Development Goals. Ensure that all commercial and housebuilding should be certified. Climate Change is no longer a debate it is a fact’.”

It is becoming increasingly hard for doubters to ignore the potentially devastating impacts of climate change. Catastrophic flooding events for example are on the rise, displacing people and resulting in thousands of pounds worth of damage to properties. The talk of adopting a Future Homes Standard for new properties is an extremely positive step however, it is essential that talk translates into action, and sooner rather than later.

Also, should not a similar standard be introduced for existing homes, those properties that will still be standing in 2050, for that is where the biggest challenge lies in terms of housing climate resilience and where the biggest opportunities exist to make a real difference to reducing our housing emissions? Doing so will not only future-proof assets and help reduce maintenance burdens, but also, provide much healthier, more comfortable living environments for people. This is crucial for those still languishing in fuel poverty, or stuck in rental accommodation plagued by damp and mould.

0 0 0 0
Previous : More than 200 people turn out to see Curo’s plans for new Bath park
Next : The Granny Flat gets a thoroughly modern makeover as Baby Boomers come of age
Tweets by LABMmag