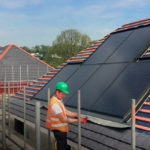 Around 14% of UK greenhouse gas emissions come from heating the UK’s housing stock, with gas boilers responsible for a large proportion of this. Reducing the high emissions from domestic heating is critical in helping the Government to meet its 2050 zero carbon targets. As such, the Future Homes Standard will introduce a ban on natural gas boilers and other forms of fossil fuel heating in new homes in the UK from 2025 and, at the time of writing, we are also waiting for the Government’s new heat and building strategy to be announced.

However, in the meantime, the Welsh Government has taken the bold move to bring this deadline forwards for social housing providers. This means that, from 1st October this year, Welsh housing associations and councils will be banned from using fossil fuel boilers in newly built social homes. The announcement was made as part of the Development quality requirements for housing associations and local authorities: 2021, which sets out the Welsh Government’s housing priorities.

Whilst the Welsh Government does not specify an alternative to standard boilers in the document, heat pumps are the likely solution and are already part of a large retrofit programme in the country.  Moving from a gas boiler to a heat pump is one of the biggest carbon savings for a home but this also needs to be affordable for local authorities and result in reduced energy bills, as well as lower emissions.

Although heat pumps are far more efficient than other traditional forms of electric heating, such as storage heaters, they still require electricity to run. On average, electricity is roughly four times more expensive than gas and the UK Government’s figures show that annual energy bills for a heat pump in a home with high energy efficiency standards would still be £369 a year (compared to £379 for a home built to Part L 2013 standards, without a heat pump). This cost is set to be even higher as millions of homes across the UK face steep increases in energy bills this winter, as a result of price caps being adjusted in October.

So, by just installing a heat pump, the cost to run the heating and hot water could be almost as high as with an efficient gas boiler and significantly higher than a gas boiler and solar PV combined (which costs just £168 per year according to Government figures). As it’s powered by electricity, the amount of CO₂ emitted by a heat pump also depends on how that electricity is generated.

The good news is that many social housing providers, both in Wales and across the rest of the UK, are already installing solar PV on their new and refurbishment projects and this could be one of the best ways for them to reduce the ongoing costs of a heat pump. Heat pumps require electricity to run and the right array of solar PV could produce this for free. In fact, a well-sized solar PV system can provide 65-75% of a household’s total electricity usage and cut carbon emissions by around 15%. Combining a heat pump and solar PV brings the benefits of both systems, with a dramatic difference on fuel bills and emissions. 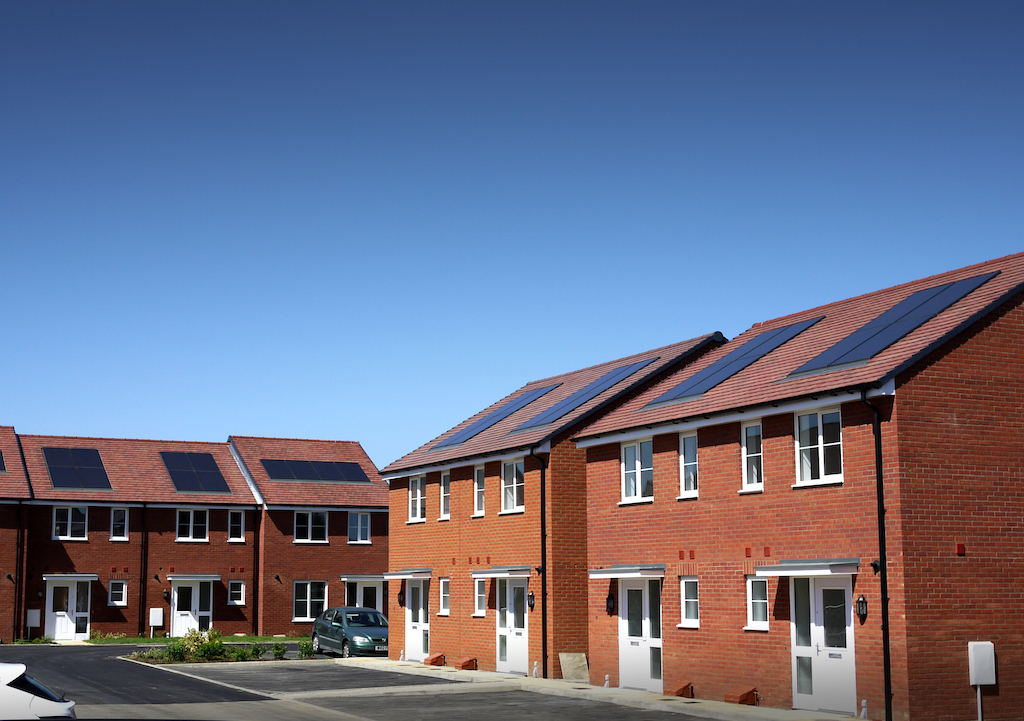 Integrated solar PV systems
While energy bills have seen huge increases over recent years, the cost of solar PV has decreased by around 80% over the last decade, significantly reducing payback periods. New integrated systems, like our Marley SolarTile, also make it much easier for local authorities and housing associations to install PV on any of their developments.

Rather than the bulky look of a traditional ‘on-roof’ solar panel, integrated solar PV systems simply replace a section of the roof tiles, so they lie flat and act as a seamless part of the roof design. Our Marley SolarTiles are compatible with any of our roof tiles and slates, so local authorities can subtly incorporate them into any new or retrofit project. As well as looking more appealing, an integrated PV system makes it easier to pass planning requirements, particularly in conservation areas. Another big advantage with this type of system is that it can easily be installed by a roofing contractor, so housing providers don’t need to pay for a PV specialist, and it can also be purchased as part of a full pitched roof system, backed up with a free 15-year warranty.

How we heat our homes over the coming years will be pivotal in reaching the UK’s net zero goals, but any solution must be affordable for local authorities, housing associations and tenants.  Social housing providers need to have access to the right grants and funding support to enable them to specify both heat pumps and solar PV, to reduce carbon emissions from heating, while cutting energy bills and preventing fuel poverty.