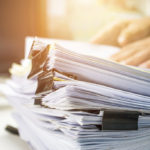 The Government has announced plans to consult upon significantly changing the law currently governing residential tenancies in England. The headline reform is the proposal to remove a landlord’s ability to terminate an assured shorthold tenancy (AST) on the ‘no-fault’ ground under section 21 of the Housing Act 1988. Winckworth Sherwood’s Mary Walsh considers how these reforms will impact on social housing providers.

The Government’s proposed reforms of the section 21 process has garnered wide spread interest with tenants and housing charities welcoming the reforms, focusing on the benefits to both landlords, tenants and communities of having longer tenure. Unsurprisingly, private landlords have expressed concern, particularly in respect of the impact on lenders in the buy to let market.

The Government’s current proposal is an attempt to address the insecurity felt by tenants by removing a landlord’s ability to terminate a tenancy on the no-fault ground by service of a section 21 notice giving not less than two months’ notice. The Government has indicated that they also intend to strengthen the section 8 process (which sets out the other grounds that a landlord can use to recover possession) under the Housing Act 1988 to allow  landlords to rely upon section 8 if they wish to sell or occupy a property themselves.

In recent years, social landlords have tended to grant either assured tenancies (AT) or ASTs on a fixed five or six-year term. The rationale behind encouraging RPs to grant fixed term tenancies was to ensure that only those truly in need remained in occupation after the end of the term review. There has already been a move back towards granting ATs as standard amongst many RPs, which these proposed changes are likely to accelerate.

However, it has also been common for RPs to grant starter tenancies, sometimes referred to as probationary tenancies. Starter tenancies are usually ASTs granted for an initial 12 month trial period to new tenants, which can then convert into an AT after the end of the initial period. Such tenancies enable RPs to monitor the behaviour of the tenants and deal more easily with problems like anti-social behaviour. If necessary, the tenancy can be terminated before it converts into an AT by service of a section 21 notice, thereby recovering possession via a relatively low cost method. If the proposed changes to section 21 of the HA 1988 are progressed, there would be no point in issuing starter tenancies as it would not be possible to terminate the tenancy via service of a section 21 notice.

Potential increase in court cases
Whilst the proposed reforms state that the court process will need to be simplified, careful thought will need to be given to the fact that these reforms are likely to significantly increase the number of cases the courts will have to deal with.

Currently it is possible for landlords to serve a section 21 notice and then issue proceedings under the accelerated procedure of CPR Part 55. The underlying benefit of this accelerated procedure is that it enables the claim to be dealt with on paper without the need for a court hearing. If the section 21 process is abolished together with the accelerated possession process, then every possession claim will need a court hearing. This is likely to place an enormous strain on the already creaking court system, potentially adding further delay and costs for landlords.

If the reforms are implemented, measures to speed up and simplify the section 8 procedure will be essential, as all landlords will need to rely on section 8 if they are to recover possession. The current bailiff system will also need an overhaul, as the wait for an eviction date once possession orders have been obtained can be painfully slow.

The debate on security of tenure and length of tenancies has, interestingly, come full circle. ASTs were first introduced in the late 1980s designed specifically to restrict the long-term security of tenants. Whilst RPs were always encouraged to grant tenancies with the best security of tenure possible, recent years had seen a move towards RPs granting fixed term tenancies, we suggest that the use of ATs is likely to continue to be the main form of tenure used.