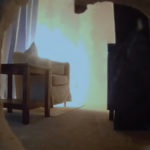 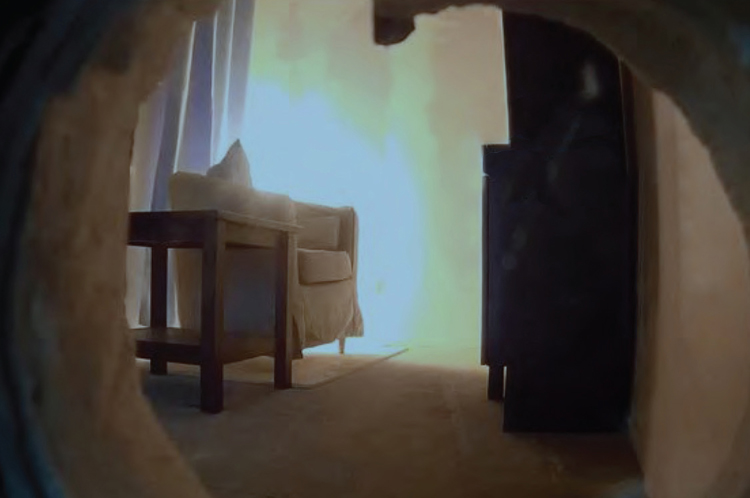 Adrian Pargeter, Director of Technical and Regulatory Affairs at Kingspan Insulation UK, discusses the full-scale room testing to assess how wall insulation and general room contents perform in a typical room fire conducted by Exova Warringtonfire and offers advice on how local authorities can better safeguard tenants in the event of a fire.

Smoke inhalation is the primary cause of fire-related deaths in homes and offices. Local authorities have a clear legal responsibility to ensure proper provision is made to mitigate these risks within their building profiles, allowing occupiers to safely evacuate. These measures can include a range of detection and prevention systems such as smoke alarms, sprinklers and fire doors.

A growing number of specifiers are also looking to understand how building materials and room contents may contribute to smoke and fire development. To consider this, Exova Warringtonfire conducted full scale room testing assessing how wall insulation and general room contents perform in a typical room fire.

Fire hazards
The most obvious danger presented by fire is heat. In a modern domestic room, small fires can quickly become fully developed, reaching flashover in a matter of minutes (this is the point at which the flammable gases released by burning materials within a room near-simultaneously ignite).

Smoke presents a further hazard both to those directly exposed to a fire, and to occupants in other rooms or in the process of evacuating. Inhalation of the toxic fumes and harmful particles within this smoke is known to cause or contribute to the majority of fatalities in fires in domestic properties.

Variables
Due to the complexity of fires, it is difficult to assess how room contents and construction products may contribute to smoke toxicity. The smoke produced by burning materials, and the resulting risk to occupants, are strongly dependent on location of the burning material, the fire scenario (e.g. room size, temperature, ventilation), and exposure time.

To shed some light on this issue, PU Europe commissioned leading testing experts — Exova Warringtonfire — to carry out a detailed study looking at the relative contribution of both room contents and building fabric insulation on heat release, smoke production and toxic gases for a fire starting in a furnished room.

Testing
The research was carried out within a full-scale test room designed to the specifications given in ISO 9705. 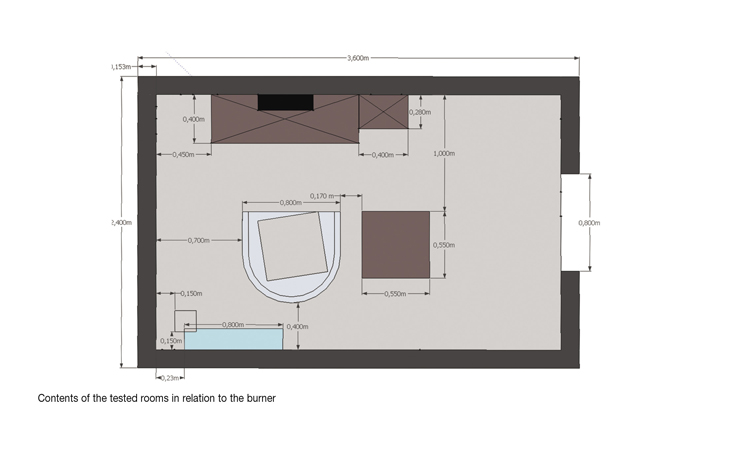 The room was furnished with curtains, an armchair, small table, TV with bench and bookcase. All walls (apart from the wall containing the doorway) were insulated. To better understand the contribution of the insulation material within the scenario, two tests were conducted which differed only in the wall insulation material, one with polyisocyanurate (PIR) insulation and the other with rock mineral fibre insulation.

To achieve a fair comparison, the insulation thicknesses differed (80mm PIR vs.140mm rock mineral fibre) so that the wall U–values in both tests were identical. The insulation materials were installed between 50mm wide wooden battens at 570mm centres and were lined with a 12.5 mm layer of plasterboard.

The scenario used a 30 kW gas burner to simulate a waste paper basket fire, which ignites the curtains and spreads to the armchair within the first five minutes of the test. The burner was positioned in the corner of the room beneath the curtains. A power socket was also added to a wall near the burner to provide a realistic weak spot in the plasterboard lining.

The burner was ignited and allowed to burn for five minutes before being turned off. The development of the fire was then observed. The time of ignition for the armchair was chosen as the starting point for the analysis.

Results
Analysis of the heat release from the tests showed that flashover was reached 7.24 mins after the ignition of the armchair in the rock mineral fibre test and 6.55 mins in the PIR test. In both cases, flashover was caused by burning contents alone, as the plasterboard had not yet been breached.

As Graph 1 shows, a second peak heat release was observed at between 13 – 15 mins, the fire then decayed. The insulation materials were not directly exposed to flame until about 20 minutes into the test when the plasterboard first began to crack, and no further heat peaks were recorded after this point. The heat release rates for both tests fell below 50kW after around 50 mins. 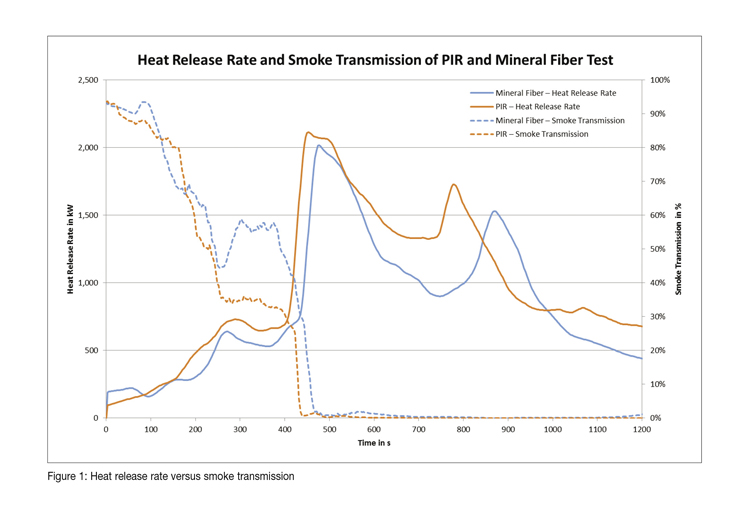 The following gases were measured during the test: 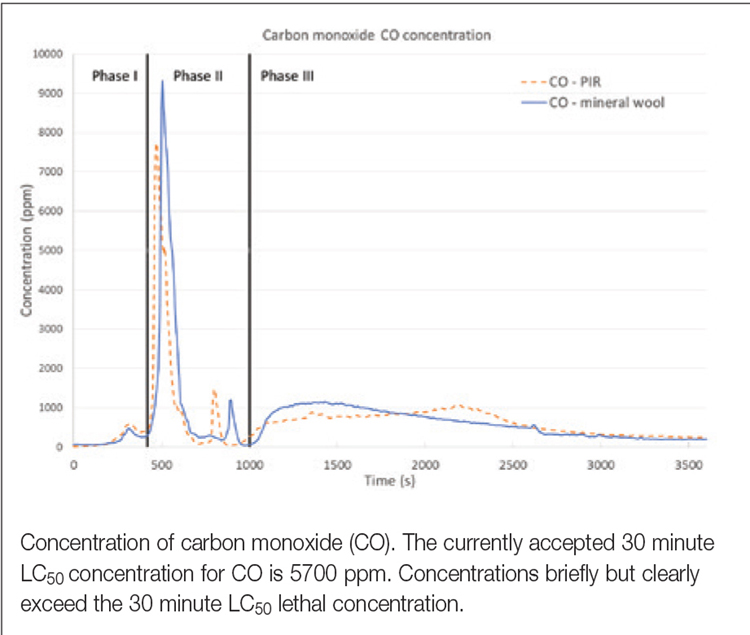 Measurements clearly showed that the early stages of the test, when the insulation was not yet involved in the fire, contributed most to human toxicity.

Evidence based approach
The Exova Warringtonfire looks only at a specific test scenario in two configurations, however, its results still provide useful information for local authorities looking to ensure a high level of fire safety. By selecting room furnishings with a high level of fire resistance and deploying an effective fire management and evacuation strategy (including to detect fire and prevent or limit its spread) local authorities can help to safeguard occupants in the event of a fire.