It is estimated over two million single use plastic sealant cartridges are put into landfill every week. Scarlet McAleese-Banks explains why her company’s move away from single use plastics is a timely one for local authorities.

Local authorities are taking steps to reduce the amount of single-use plastic that they use together with their construction partners. Many have added a specific reference to single use plastic reduction in their Supplier Code of Conduct Procurement Policy for new suppliers and contractors.

Environmental issues are dominating the news agenda, and the construction sector has not escaped scrutiny. It is reported the levels of carbon dioxide emissions from the UK construction industry saw an overall increase from 8.9 million metric tonnes in 1990 to 13 million metric tonnes in 2017. This amounts to approximately 3% of the total carbon dioxide emissions in the UK for that year. 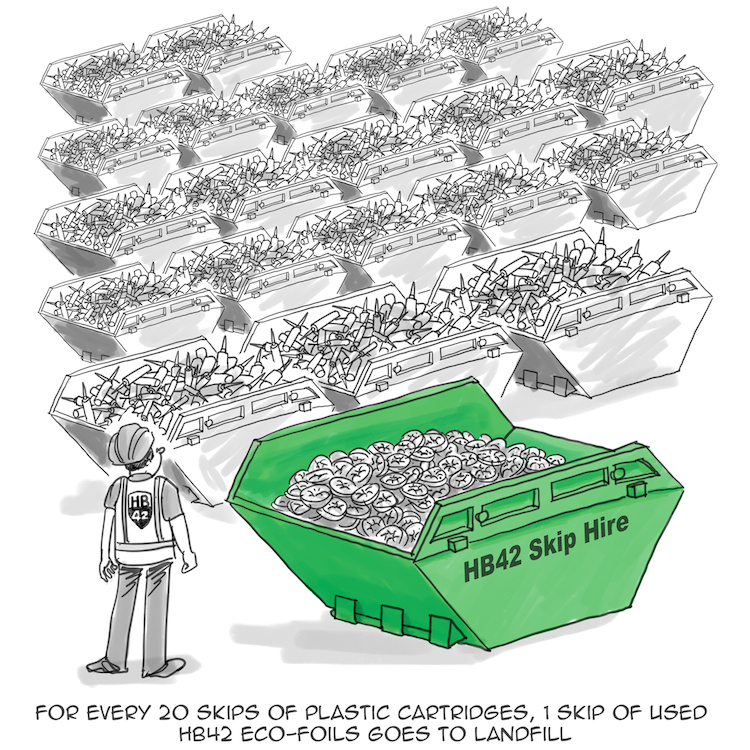 Reducing waste to landfill
Behind this staggering figure there also lies a myriad of waste and pollution issues, which ultimately need to be tackled. Recent figures on plastic waste in the construction industry make for shocking reading. Some 23% of the total plastic consumed in the UK comes from the construction sector, with 20,000 tonnes of plastic being sent to landfill every year. It is estimated that over two million single use plastic cartridges are put into landfill every week in the UK.

Plastics are finding their way into our seas and oceans, and of those plastics that are sent to landfill, some take over a thousand years to breakdown in the soil. There is little doubt that the construction sector and its product suppliers need to take action. Recent research suggests the trade is in general agreement that change is necessary. Insulation Express found that 95% of construction professionals admit that the industry needs to reduce its plastic use and single use plastic packaging is certainly one area that should be acted on sooner rather than later.

The 400ml foils produce 95% less waste than the single use tubes and users get 38% more sealant than in the 290ml plastic tube. Using the latest MS Polymer technology, the product seals, sticks and fills, is flexible up to 230%, can be over-painted and works in the wet. It is low in Volatile Organic Compounds (VOCs) and bonds to almost anything; it is also food safe, fully curing in 24 hours. The solution also now contains a fungicide to inhibit mould.

The foils are durable and foil guns are easy-to-use, remaining extremely clean throughout use. At the end of their life, the waste left over from foils is minimal compared to the plastic tubes and the foils are much easier to dispose of. There are therefore cost benefits to be had from moving away from single use plastics. By producing 95% less waste, the amount of skip space or waste disposal is also greatly reduced.