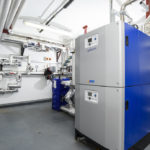 For the last nine years, Hampshire County Council Property Services has worked with council officers in Poole to consult on the design of mechanical services, which include heating systems.

Mike Morris, Senior Property Manager for BCP Council, explains: “We have a limited maintenance budget, and the main thing we are concerned about first and foremost is keeping people warm and dry, so boilers and roofs form a big part of our maintenance programme. It is great we have the opportunity to work with Hampshire County Council Property Services who have been doing this for such a long time. The heating system designs are so well-developed, we feel protected.”

As a local company with over 100 years of heritage in Poole, BCP Council also has a long working relationship with Hamworthy. Three Hamworthy UR430 atmospheric single stage cast iron boilers, dating back to the 1980s, were delivering heating to the building, had come to the end of their life, and needed replacing. With Hamworthy looking to trial its new Upton boiler and a building with a matching name, Upton House was chosen as the test site and the council received the product free of charge. 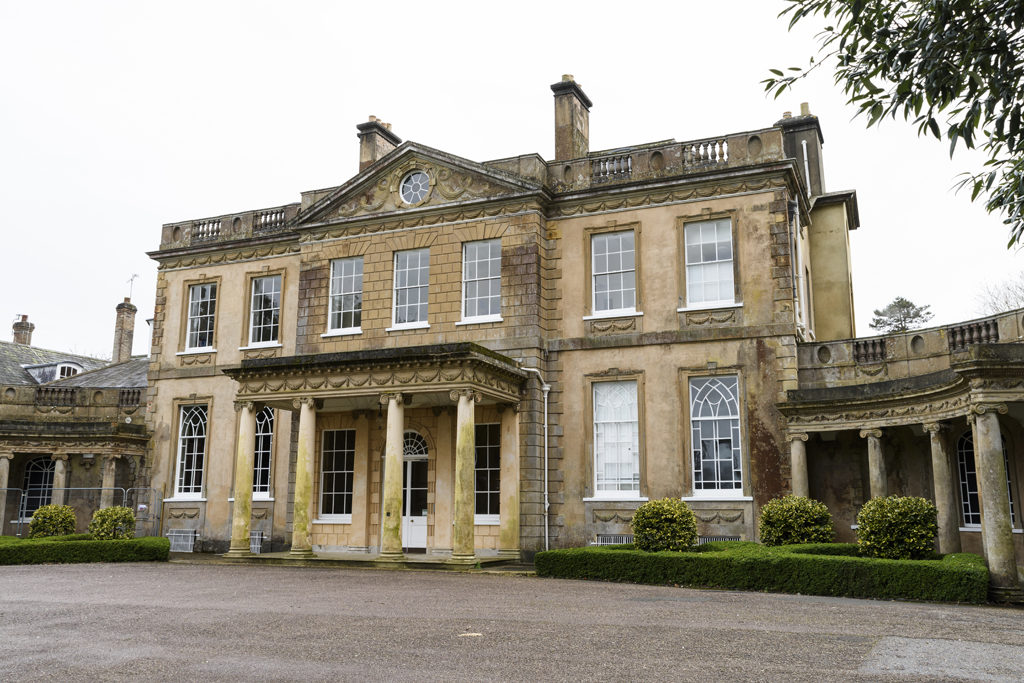 Establishing what needs refurbishing
The old Hamworthy cast iron boilers provided heat to the basement, ground and first floor. The chosen model of the new Upton boiler UF400-2 delivers an output of 197kW per module (394kW combined) of which two are stacked on top of each other. As a modular boiler system, these are compact and can be taken apart for easier handling. Thanks to their small size, the boiler modules could be transported down the stairs. Access like this usually complicates refurbishments, but the boiler was sited in the plant room without the need for bigger handling equipment.

The Upton has an aluminium heat exchanger with quick heat transfer and delivers a gross seasonal efficiency of up to 96.5% for economical heating.

Sequencing via the built-in Siemens LMS controls system further helps improve efficiency and even use across the installation. Due to its small size, there is now more space in the plant room, making it easier to access equipment. This has been used to install additional ancillaries to future-proof the plant and improve access for maintenance.

As the refurbishment was carried out in winter, a temporary boiler was required to bridge the gap between the removal of the old and installation of the new equipment. It was placed outside the building with hoses also run externally. This all had to be co-ordinated with events using the function rooms downstairs and daily operations of the council offices on the first floor of Upton House in order to neither disturb visitors nor council workers. 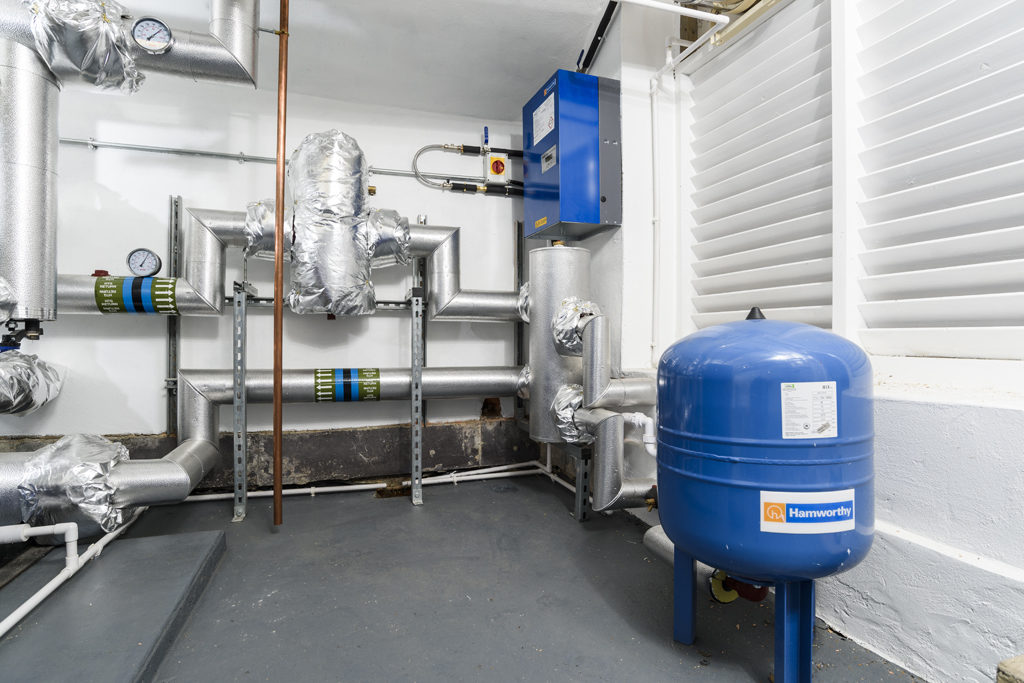 Accommodating old and new installation
The existing (‘old’) open-vented heating system underwent a system flush, as oxygen ingress over the years caused corrosion and the build-up of sludge, which is common in these types of systems. Due to the risks (such as leaks) associated with pressurising an open-vented system, a plate heat exchanger was installed which connects and hydraulically separates the secondary (old) and primary (new) heating circuit. This also protects the new boilers from debris in the existing system and allows for adequate system flow. New pipework has been used in the primary circuit, which the Upton is connected to. 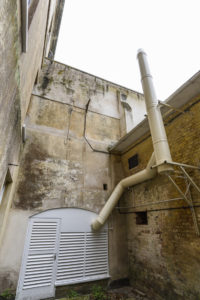 As part of the boiler replacement design, numerous valves are installed at low and high points of the system. This allows to isolate sections and flush them again at a later point when the proposed plan is to replace the existing heat emitters.

To create the pressurised primary circuit, which the Upton boilers require, an expansion vessel and wall mounted single pump pressurisation unit were installed. An air and dirt separator to catch any further debris and dosing pot to introduce chemicals, such as corrosion inhibitors, into the system have also been added to the secondary circuit. Additionally, a new flue was required to deal with the condensate and pressure in the new system, which posed another challenge.

Refurbishment vs. conservation
As a Grade II* listed building, Upton House is subject to rules ensuring that any works do not affect its appearance. This means the new flue had to meet strict guidelines and aesthetic requirements. It was designed and relocated from its original position and moved to the middle of an internal quad.

Mike comments: “While we do understand the conservationist’s concerns of visual impact on the building, we have to make sure that health and safety isn’t compromised. The design managed to let the flue terminate at a relatively low level. It was also painted, so it matches the colour of the building and looks much better now. The old flue was rather unsightly and the new one is basically entirely hidden from visitors’ sight.”