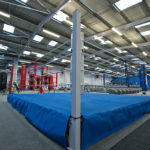 Hambleside Danelaw | Let there be light

William McDowell discusses the role lighting, in particular rooflights, can play in helping local authorities deliver on their sustainability policies.

Rooflights are a comparatively small element of roof configuration, but an inclusion or upgrade that can make a significant impact to a building’s sustainability. They can enhance energy efficiency, reduce operating/running costs, and contribute towards low carbon strategies.

Whether a school, leisure centre, sports centre or even a local authority maintenance depot, rooflights can play a major role in the performance of the building- and the wellbeing of its occupants. That role can be played at all stages of a building’s life — new-build, fit-out or refurbishment/upgrade.

Older rooflights may have weathered in such a way that dirt and debris have lowered the light transmission to the extent that people may not even realise there are rooflights in the building. Yet well-specified replacement rooflights — be they in-plane or barrel vault — offer a comparatively simple means of helping achieve an energy-efficient new building, or upgrading an existing building.

For the first time, the contribution that rooflights make is quantifiable, specifically in relation to BREEAM. An Environmental Product Declaration (EPD) can contribute quantifiable points under BREEAM, whether new-build, fit out or refurbishment. Rooflights with such an accreditation can contribute a tangible 1.5 points in the Materials (Mat 02) category. The quantifiable points are in addition to any benefits rooflights are already acknowledged to bring in terms of BREEAM’s Energy and Health and Wellbeing categories. 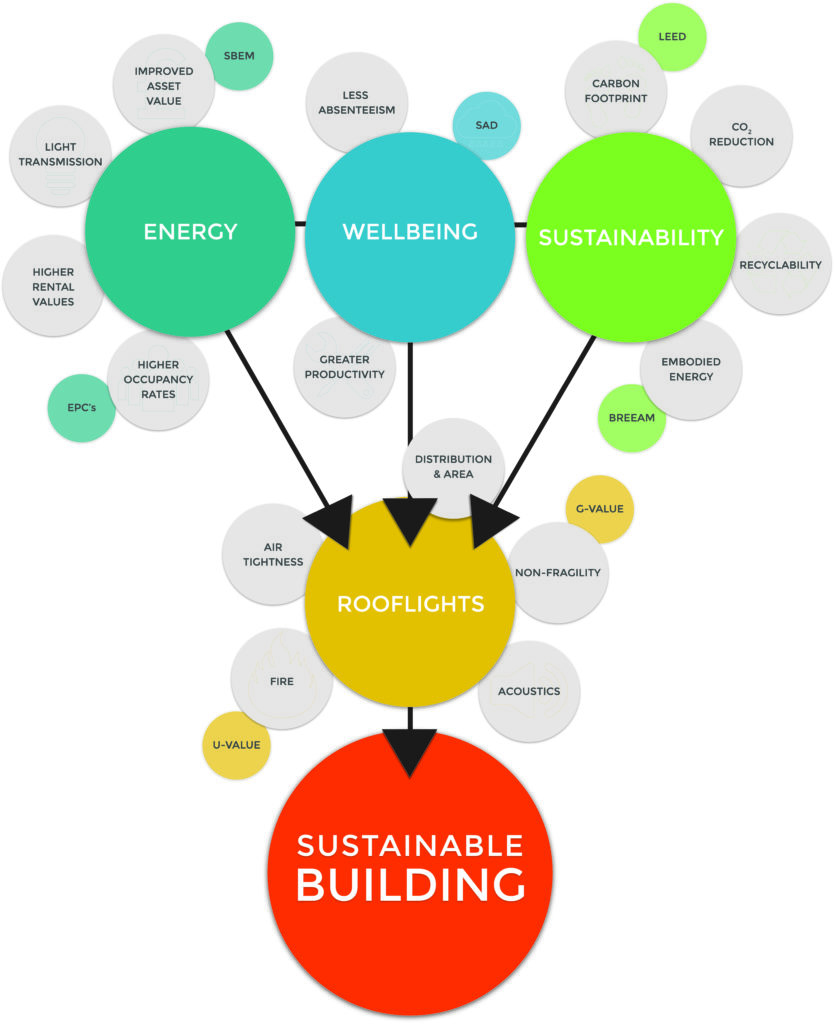 Increasing natural light
Modern rooflights allow up to three times more daylight into a building than equivalent-sized vertical glazing/wall-lights, whether they are in-plane in pitched roofs, or barrel vaults in flat roofs. Advantages in rooflight insulation technology mean that they are more thermally efficient, further reducing operating costs. Bear in mind the Government has committed to the UK becoming carbon neutral by 2050 and schools alone account for some 2% of UK greenhouse gas emissions, equivalent to 15% of the UK’s public sector emissions, with the average school energy costs estimated to be £27,000/ school/annum. Many buildings with rooflights have a high volume of internal, largely unoccupied, areas — sports centres, swimming pools, market halls, shopping centres, depots.

Contemporary rooflights are at least double skinned with an outer weather sheet, internal liner panel, and a transparent insulating core in the middle. As such, they can contribute towards a building’s thermal performance under Building Regulations Approved Document L, attaining a U-value as low as 0.9/m2K, and further reducing energy bills. Triple skin options further enhance thermal efficiency, but the additional layer means a corresponding reduction in light transmission.

Why pay to heat empty space?
Use the building’s construction to help offset fuel bills. There has also been a change in the accepted lore as to the ratio between rooflight and roof area. Historically, a 10% rooflight ratio was the ‘rule of thumb’. Independent studies maintain that this can be increased to 15-20% for optimum performance and balance between light transmission, thermal efficiency and solar gain. However, the optimum ratio will depend on a number of variables specific to the building and its use.

Developments in composition have enhanced rooflights as a sustainable solution, thus improving the ‘whole lifecycle’ costings that local authorities are being urged to consider. GRP does not emit any chemicals once installed, so is safe to use with grey water systems, and in green roof schemes. Technological developments have resulted in new variants that employ less resin in the manufacturing process, which helps achieve embodied carbon 40% lower than conventionally reinforced alternatives for the same strength and light transmission. Polycarbonate too can be recycled. Using a cellulose acetate honeycomb material as an insulator will give lower embodied carbon and is biodegradable at end of life. 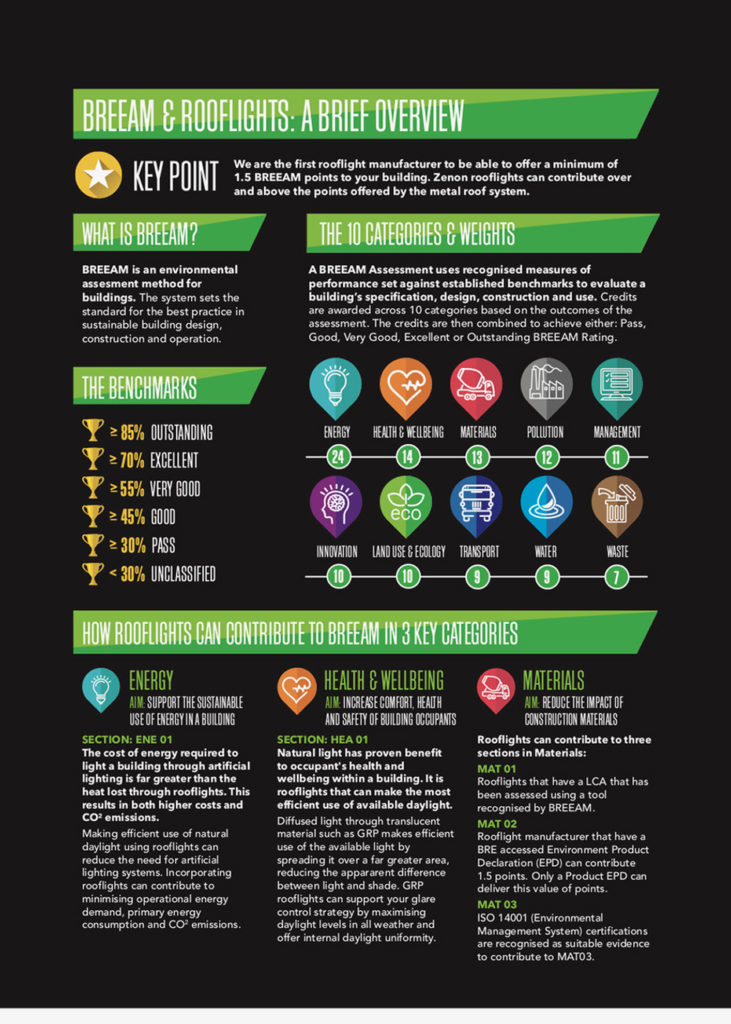 Rooflights are no longer ‘just a hole in the roof’. If nothing else, it is worth replacing old, discoloured rooflights with at least a new outer sheet. It makes sound sense whilst up on the roof, to upgrade single skin rooflights to at least an insulating double skin format. Depending on the roof, whether a refurbishment or new-build, the ratio between rooflight and roof area can be increased.

The ‘hole in the roof’ can be the key to ticking a lot of boxes in any sustainability, environmental and climate change policy. It can play a key role in achieving BREEAM — and compliance with Building Bulletin 90 — in the £23bn of schools building pledged to be initiated by 2021.