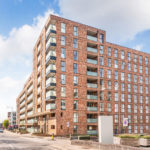 Cooperation between the developer, contractor and heat network consultant was fundamental to delivering an affordable and efficient heating and hot water scheme to the residents of Echo Court. Anastasia Mylona, Head of Research from CIBSE, explains why the project so impressed the judges of this year’s CIBSE Building Performance Awards, where the scheme won the Collaboration Category.

“When we handed over the scheme in July 2019, we estimated that the review process would save each resident about £160 per year on bills and reduce the scheme’s carbon emissions by 72 tonnes of CO2 per year,” said Michael Ridge, Principal Engineer at independent heat networks specialist FairHeat. “Now, with the increased cost of energy, that could be much, much more.”

Under the London Plan, where an existing heat network is unavailable, major residential developments are required to be designed to incorporate a communal heat network rather than use individual gas boilers to make it easier to decarbonise heating in the future.

While this intention is admirable, the problem is that many heat networks often fail to perform efficiently through a combination of factors including: poor design, a lack of design standards, poor install quality and poor equipment. 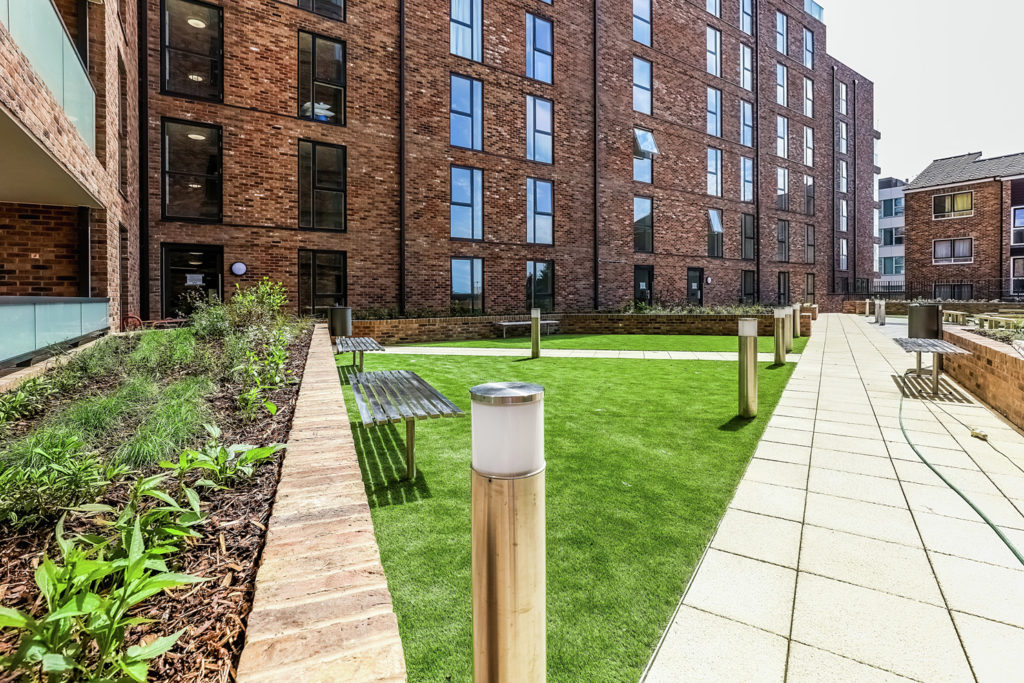 Setting a benchmark
Echo Court was the first scheme to be built under the Origin Housing/Hill Group JV. As such, the partners wanted the project to set the benchmark for its subsequent schemes, and that included the performance of the project’s heat network.

Hill Group’s building services consultant, Whitecode Design Associates, developed the design for the heat network, which was then refined and installed by contractor I-Mex (M&E). The design is based on a gas-fired combined heat and power (CHP) engine, to generate electrical power with the engine’s waste heat utilised to provide heat to the development. A gas boiler supplements the CHP.

Heating flow and return pipework deliver the heat at 60˚ from the project’s plantroom to a series of vertical risers. Pipework branches on each of the building’s nine floors deliver heat from the riser to each apartment. A heat interface unit (HIU) transfers and meters the heat used for hot water or underfloor heating in each apartment. Once the heat has been consumed by the residents, the cooled water returns to the plantroom at 30˚C. 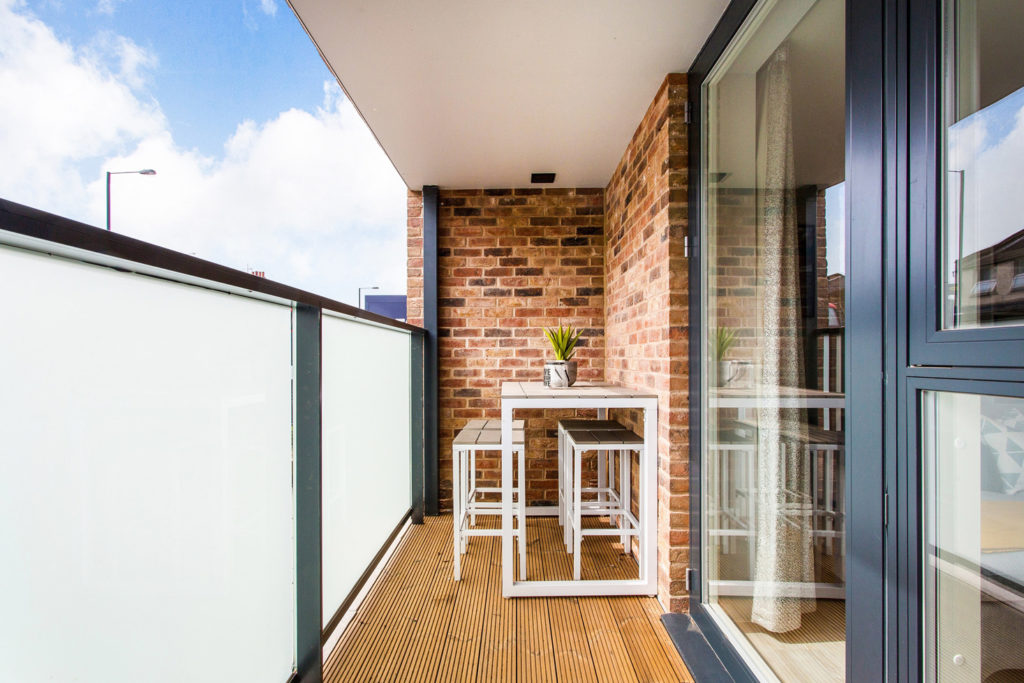 Heat Networks Design Supplement
One of FairHeat’s first initiatives was to apply its technical standard to the design of the heating system. The standard, known as the Heat Networks Design Supplement, is effectively a heat network work design guide. It establishes the temperatures the network should be designed to achieve; explains how the dwelling should be designed to deliver space heating and hot water; it dictates a performance-based heat interface unit selection; sets out how pipework should be sized; and outlines the insulation specification.

Most importantly, FairHeat’s technical standard includes a set of Key Performance Indicators (KPIs) and metrics that the design must comply with, such as: permissible system heat losses per dwelling and maximum flow temperatures (Many of these have subsequently been adopted by CIBSE in its CP1 Heat networks: Code of Practice for the UK (2020), where FairHeat sat on the steering group).

The performance KPIs assigned at the outset were a key motivator for all involved. However, the real key to the project’s success was collaboration between the team members. FairHeat worked with Hill Group’s site team and contractor I-Mex (M&E) to introduce the quality assurance processes.

“The process is quite different because it’s another party joining the construction process that they aren’t used to, I’m saying: ‘You’re going to build the best heat network; we’re going to come and inspect it and if it’s wrong we’re going to tell you how to fix it,'” Michael explained.

Credit to I-Mex (M&E) for embracing this approach: “They got what we were doing, they set out to learn from the experience and they up-skilled where necessary because they wanted to do a good job; it was a refreshing mindset and this openness was critical to a successful project” Michael added. 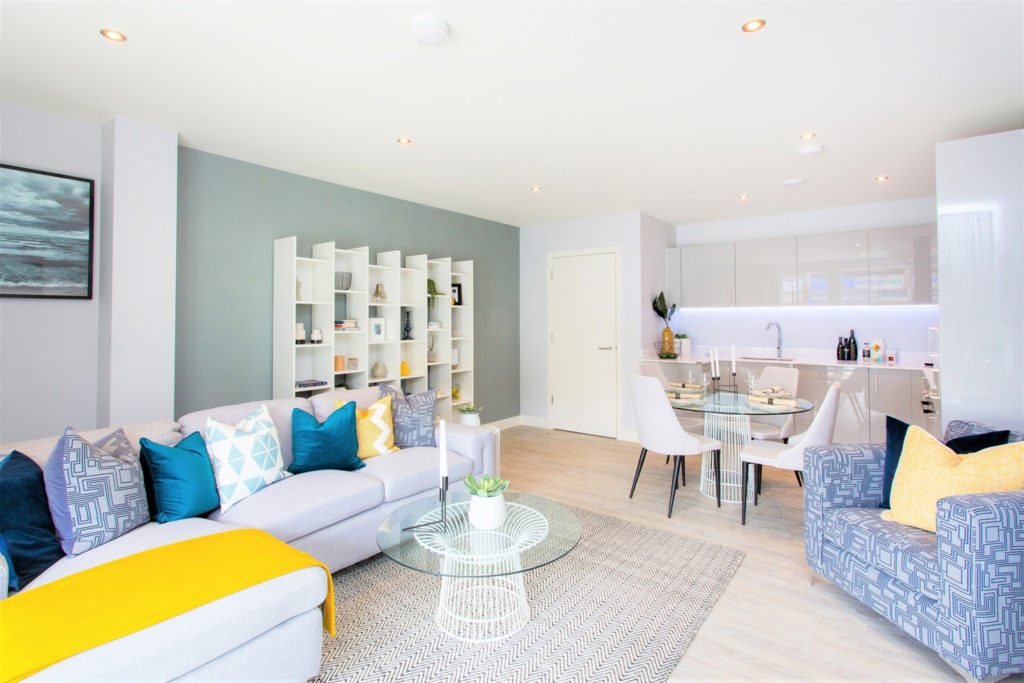 With the system installed and inspected in line with its design guide, FairHeat then worked with I-Mex (M&E) on the system commissioning. “We’ve developed a process called dwelling acceptance testing, which involves us going into an apartment and basically simulating what a resident might do when living there: we’d turn on the heating and run the hot water while taking measurements to make sure the design has been achieved,” said Michael.

The final element of commissioning is a load test. This involves turning on the heating and hot water in numerous apartments to check the plant responds as it should. “The first time you do this you typically find a number of controls issues that require turning to optimise the system’s performance,” explained Ridge. “It can also reveal if there are any major faults that have slipped through,” Michael added.

The result of these collective reviews and interventions is a heat network delivered in accordance with performance requirements, with flow and return temperatures of 60˚C/30˚C. Despite being readily deliverable, operation temperatures this low are rarely specified and achieved in the UK, making this a leading system in terms of performance. The outcome for the residents is a low cost, low carbon heating system, with a heat loss of less than 100W per  dwelling.

The JV team were clearly impressed with the heat network delivered because they appointed the same team to its next development project, which was delivered with similar performance characteristics.

The judges of this year’s CIBSE Building Performance Awards were also impressed by the cooperation between developer, contractor and heat network consultant where the scheme won the Collaboration category.

0 0 0 0
Previous : Peabody submits detailed Dagenham Green plans
Next : From floors to wall panels, IDS has it covered at Housing 2022