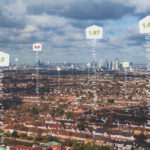 Build Test Solutions | Take the guesswork out of building performance

John Sparrow, Commercial Manager at Build Test Solutions, discusses how to take the guesswork out of building performance.

Back in May 2020 the Building Performance Network published their State of the Nation Review on the performance gap of residential buildings. The report concluded the average gap to be in the region of 18% with significant degrees of variations in thermal performance ranging from 30% better than expected to 100% worse than predicted. 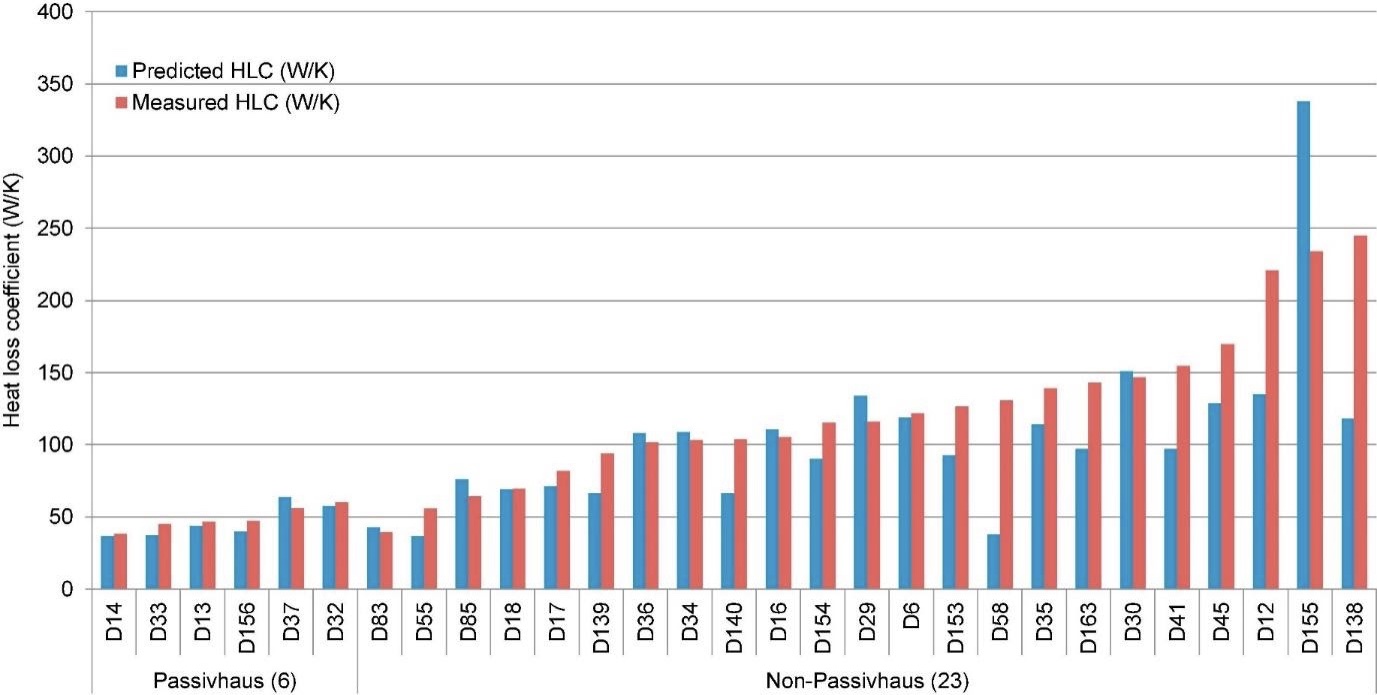 In spite of such proven variations the regulation and management of the energy efficiency of dwellings is almost exclusively based on estimated levels rather than accurately measured performance. Any such prediction is typically based on visual surveys which don’t always tell the full story and fail to divulge such anomalies as missing insulation, incorrect installations, thermal bridging nor intricate variables such as small cracks and gaps in the fabric of the building.

It’s not difficult to understand why the tendency is still to work off predictions and why as-built measurement of thermal performance is generally so rare. Up until now any technical assessment of the thermal performance of a home (known as the Heat Transfer Coefficient – HTC for short) comes at a significant cost. Accurate assessment requires highly invasive testing over a period of several weeks. Residents have to move out whilst the property is wired up to sensors which check measured heat loss through floors, windows, walls, roofs and other elements.

Because of the cost and disruption social landlords understandably tend to rely on visual energy assessments and SAP predictions. These are based on very broad assumptions and cannot tell them with any accuracy which homes to prioritise for refurbishment. 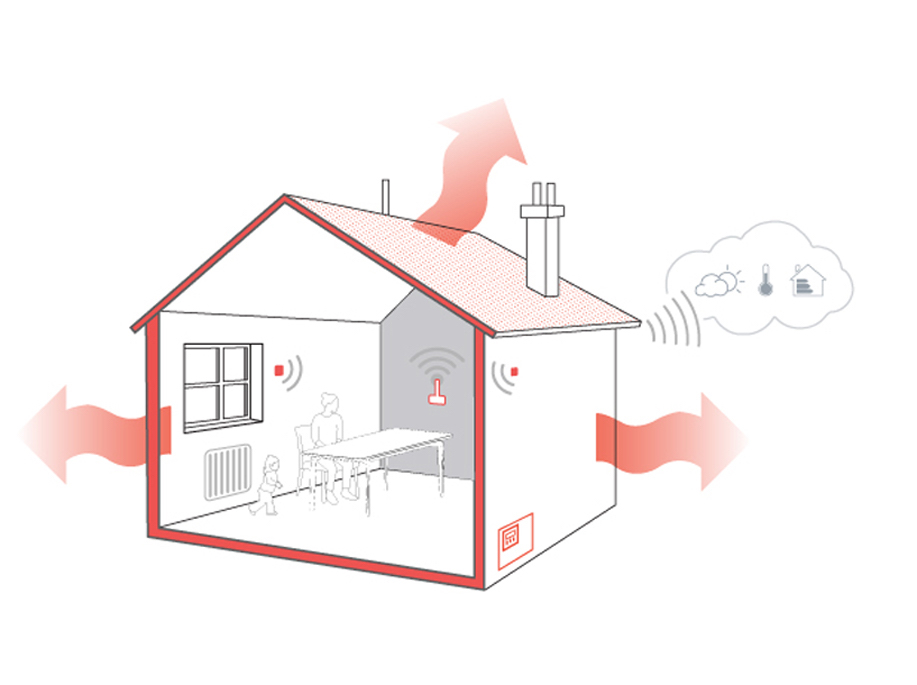 Build Test Solutions strongly believe that you can’t manage what you don’t measure and hence aims to take the guesswork out of building performance measurement through the introduction of SmartHTC.

SmartHTC is a low cost, temporary and non-invasive way of accurately establishing the true energy thermal performance of a home. It can also be used to measure mould risk and over-heating. There’s no disruption to residents whatsoever meaning it can be scaled like nothing before across a social landlords entire housing stock.

SmartHTC uses a number of small temperature sensors which are discretely placed in a property for just three weeks during the winter period. The sensors consistently collect data and measurements across this period – focussing on internal temperature and energy use whilst taking into account variations in external temperature, weather conditions and actions of residents who continue to use their home as normal.

Data is then uploaded to a web-based user interface which calculates the Heat Transfer Coefficient and provides an accurate measurement of the property’s true energy performance. All this for as little as £10 per property.

Whilst only recently launched, SmartHTC has been developed over the last 10 years from the results of a research project at Loughborough University. Before launch BTS also carried out a major validation of SmartHTC in partnership with the University of Salford which included testing in the unique Energy House facility and a field trial in more than 200 homes. 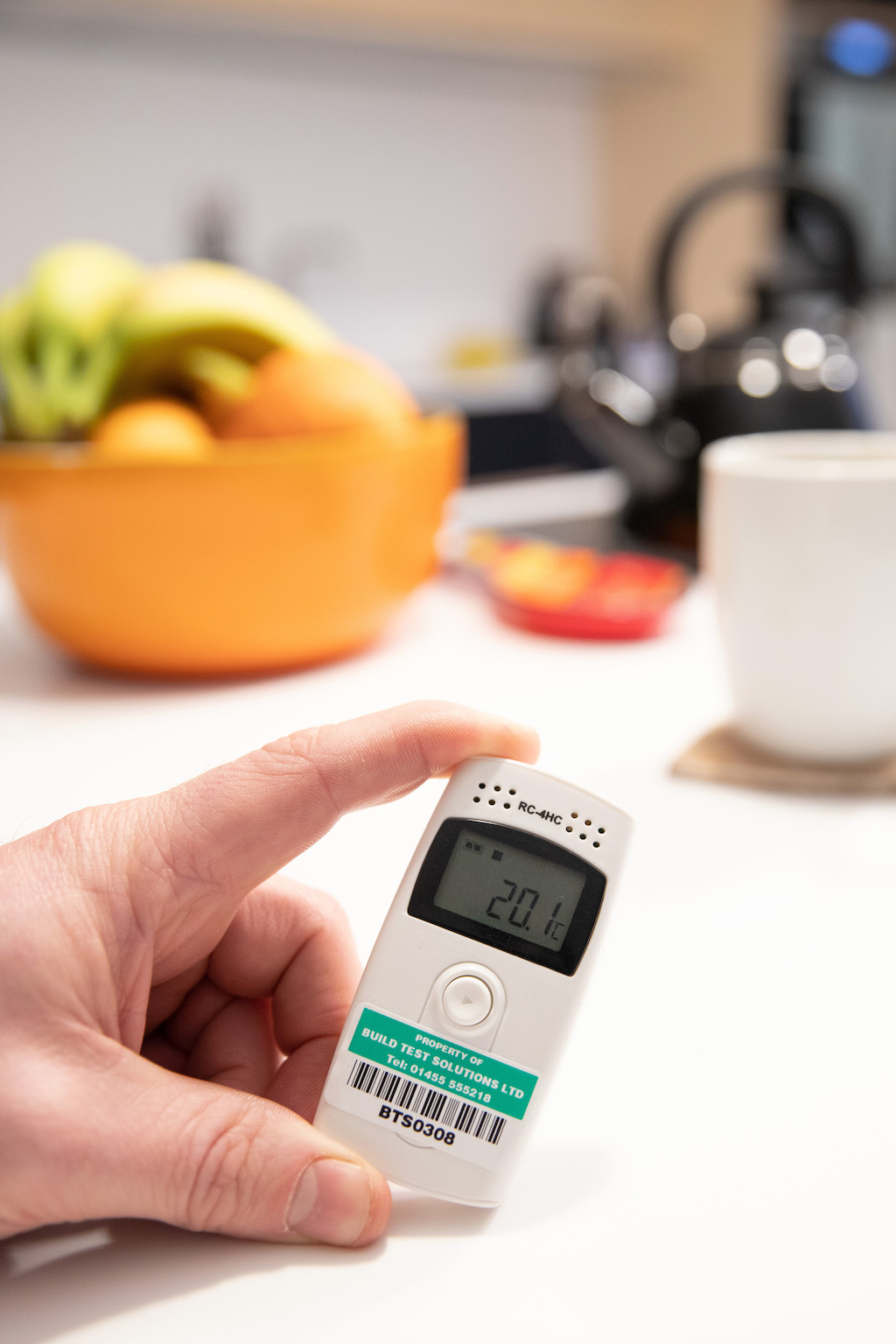 The validation report clears the way for local authorities, housing associations and social landlords to now use SmartHTC to transform their approach to fuel poverty and the decarbonisation of their entire housing stock and to guide retrofit decision making by targeting those properties most in need and to check intended retrofit outcomes.

Dr Richard Jack, SmartHTC product manager, says: “The performance gap is a well-known problem – homes which, when tested, usually turn out to be much less energy efficient than they were designed to be. Until now, social landlords have had no means to understand how big the performance gap is in their housing stock, nor how to solve it.

So this validation report is great news and confirms that we have achieved the goal of a decade – a game-changing means of measuring, understanding and validating the performance of buildings in a way that is extremely low cost, accurate, repeatable, quick to deploy and with minimum hardware requirements. These are all the things that every social landlord wants to hear.”

Early adopters of SmartHTC include the Royal Borough of Kensington and Chelsea where the system has been successfully piloted at the Lancaster West Estate in North Kensington. The entire estate is in the process of a major refurbishment programme aimed at making it “a model 21st century housing estate” that is carbon-neutral by 2030.

Hannah Smith, sustainability project manager for the RBKC Lancaster West Neighbourhood Team, says: “Our plan is to make the Grenfell recovery a green recovery. This goes well beyond just being a housing refurbishment project by engaging with residents to prioritise our work to match residents’ needs more accurately, and creating sustainability training and local employment opportunities too.

SmartHTC has helped us with all these objectives. We use the technology to measure homes at the start, batch up refurbishment work, re-measure afterwards and adjust our designs for the next set of homes, so we achieve exactly what we are aiming for. This technology allows us to keep on learning and to approach a huge refurbishment project of 795 homes in a targeted and agile way.

We are also training our internal operatives team, which includes many local residents, on how to implement domestic retrofit and how to use SmartHTC themselves.”