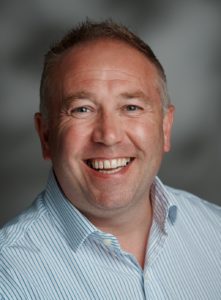 With ever-growing numbers of people affected by dementia, there is expanding evidence showing the impact of the physical environment on their wellbeing. Whilst legislation sets out design principles; in reality, seeing as others see and designing with empathy are key to effective design, says Mark Johnstone, Head of Commercial – UK, Middle East and Ireland, Altro.

There are more than 850,000 people living with dementia in the UK and this is set to rise to over 1 million by 2025. So dementia affects a huge number of lives – all those who live with it and also their families, friends and carers.

The term ‘dementia’ describes a host of conditions associated with the gradual deterioration of the brain’s functions. It affects memory, thinking, orientation, comprehension, calculation, learning capacity, language and judgement. Its causes are various brain diseases, the most well-known being Alzheimer’s, which affects nearly two thirds of cases.

With the introduction of legislation and expert guidance for designing for dementia over the past few years, care homes and healthcare environments are becoming more aware and applying best practice principles more often – after all, 70% of people in care homes have dementia or severe memory problems so this is extremely relevant for them. However, when you consider that two thirds of people with dementia live in the community, and not in care homes, it’s clear that better understanding of these issues throughout the whole design sector is needed to change the way people with dementia are engaged with in the environments they live.

For many years, Altro has worked to develop products to offer those designing for dementia a choice of suitable, practical and effective solutions. Altro works with several partners, all directly involved in improving the lives of those living with dementia. One of these is the Dementia Services Development Centre (DSDC) at the University of Stirling, who Altro worked with when developing new shades of Altro Aquarius to ensure carers and those with dementia can be safer in wet environments, and when developing the colour palette for Altro Suprema – solid, non-sparkle colours to avoid confusion.

The DSDC is the world leader on the design of services and environments for people with dementia, and believes that “Design is about more than shaping the physical environment to counter the impairments which come with dementia.” And that “Understanding such impairments is the first step towards creating living environments which support the needs of older people and those with dementia, keeping them safe from dangers such as falls, which can have a devastating effect on an older person; allowing the freedom and confidence to use their abilities to the fullest extent, in all things from the mundane to the creative; aiding memory in day-to-day living; and reinforcing personal identity.” 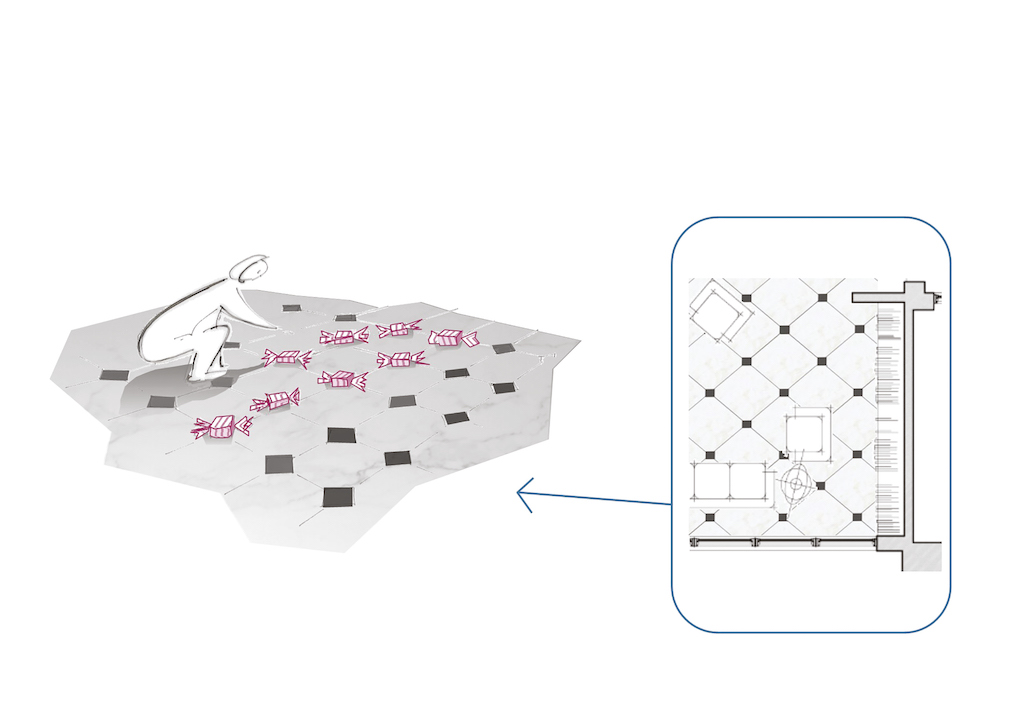 Altro’s latest CPD on designing for dementia shares learnings and recommendations developed through this work, and focuses on empathetic design: understanding how dementia affects those living with it, what that looks like to them and why and how you can make improvements through design choices, and meet the legislation and guidance for dementia design.

The Department of Health’s Health Building Note 08-02 – Dementia-friendly Health and Social Care Environments, was published in 2015 and is still current. It outlines design principles to aid design of new build and redevelopments and incorporates expert research and guidance from the DSDC and The Kings Fund amongst others. Within this there are 12 design principles, such as ‘Provide a safe environment’, ‘Support wayfinding and navigation’, and ‘Provide optimum lighting and contrast’. This is where ‘seeing as others see’ becomes highly effective, and for that we must understand more about visual impairment.

Visual impairment is experienced by many people as they get older – it is not an issue exclusive to those with dementia. However, dementia can add to the challenge of living with these sight changes, or someone’s eyes may be healthy, but their brain has trouble interpreting what is seen. According to the RNIB, sight loss is often under-diagnosed in people with dementia because one condition can mask or be mistaken for another.

Visual impairment often means lower contrast sensitivity, poorer colour vision, less spatial awareness and poorer perception of depth. It can lead to misperceptions – when a person sees one thing as something else, for example mistaking a coat hanging up for a person – and disorientation – for example misinterpreting reflections on shiny walls as an intruder. Visual impairment also affects the way we see texture.

Altro’s Designing for Dementia CPD uses practical examples to demonstrate the impact of design decisions. Let’s look at image 1. What works well in this room is having a consistent flooring or floor tone, as this encourages a person to go through into the next room. Consistent flooring doesn’t attract attention. Use consistent flooring materials and finishes across areas where those with dementia should be encouraged to move freely – a day room to an activity room for example. However, the choice of skirting in this example is problematic, as when viewed from another room it could give the perception of a barrier, as it does across the door in this example. Additionally, the floor in this image is shiny, making it appear wet – it should be matt.

When looking to achieve a homely, non-clinical feel, it may be tempting to opt for patterned flooring, but as image 2 shows, someone with visuo-perceptual difficulties may mistake the pattern for objects to be picked up or to be avoided, and in doing so could result in a fall. Similarly with wall coverings, heavy patterned wallpaper could be picked at and damaged.

Although a lot of the guidance around design for dementia considers visuo-perceptual difficulties, acoustics and sound also play a part. In fact, dementia affects, and is affected by, all of the senses. For example, some studies have shown that people with mild to moderate hearing loss are more likely to experience memory and thinking problems. The effort it takes to hear and understand things diverts brain resources away from the ability to process, respond and remember the information being heard.

Disorientation and bewilderment are a common experience for people with dementia – this is exacerbated by noisy communal and activity spaces, repetitive sound, noise transfer to bedrooms. People with dementia need environments that are easy to interpret first of all. They need rooms that are easy to read because dementia can lead to confusion, and they may lose the ability to accurately interpret what they hear because of hearing loss. Altro’s CPD on sound reduction explores these issues and best practice solutions in more detail.

Designing with empathy can make a huge difference to the everyday life of people living with dementia. Seeing the world through their eyes allows you to drastically improve understanding and make better assessments and recommendations.

There are many more practical examples like these in the new edition of Altro’s designing for dementia CPD, along with guidance and best practice examples and solutions, based on years of experience and real-world applications. The CPD has been designed to be interactive, promoting discussion with those taking part around the growing challenge of creating spaces that work well for those with dementia. There is also a new CPD on sound reduction which also encompasses elements of design for dementia from an acoustic perspective. Altro’s designing for dementia CPD fits within RIBA’s core curriculum and covers its seven ‘specification essentials’. To book a session, call 01462 707604 or email cpd@altro.com.